South African wicketkeeper Quinton de Kock is unlikely to face any sanction over the run out of Fakhar Zaman during the Proteas' 17-run win in the second ODI, according to reports. 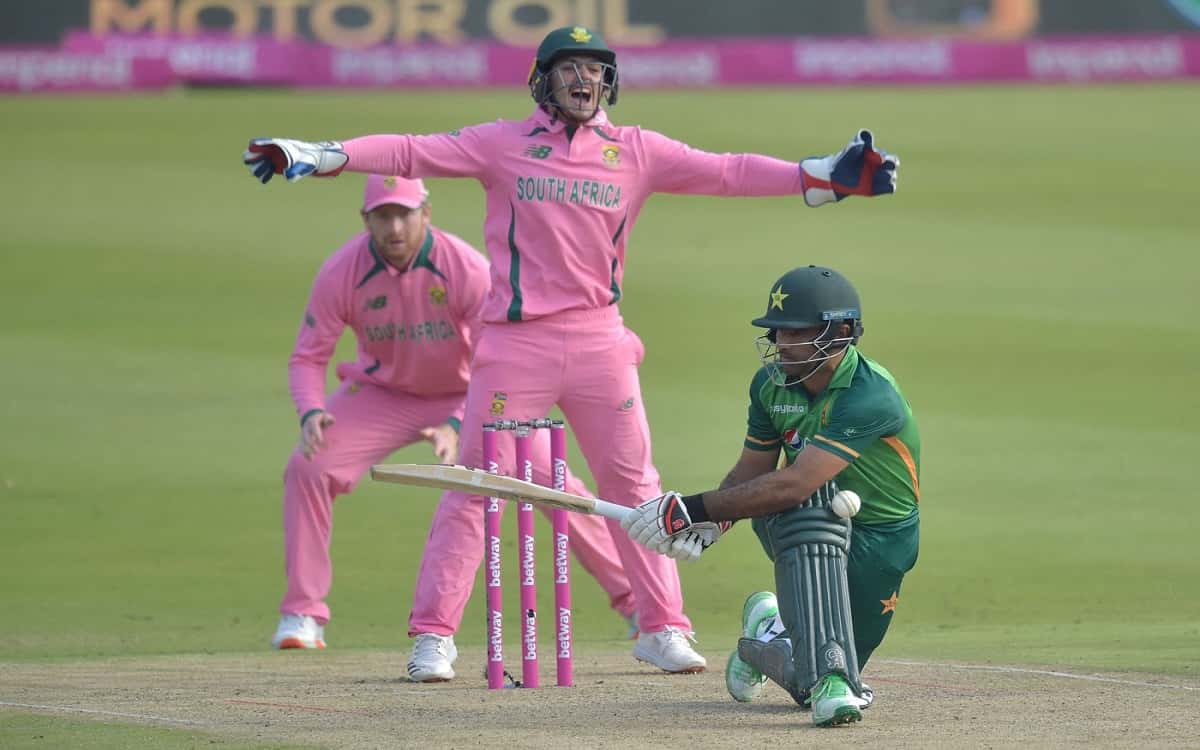 After reviewing footage of the incident, match officials are believed to have come to the conclusion that de Kock was not in breach of the law on fielders deceiving batsmen.

In the last over of the match, with Pakistan still needing 30 to win, de Kock seemingly gestured for South African Aiden Markram to throw to the bowler's end, where Haris Rauf was heading.

Fakhar, who had struck an outstanding 193, looked behind him, away from the direction of the fielder, as he was running towards the wicketkeeper and was surprised when Markram's throw hit the stumps at that end.

Social media immediately went into overdrive with cries that de Kock had flouted the law on fake fielding which states that "it is unfair for any fielder wilfully to attempt, by word or action, to distract, deceive or obstruct either batsman after the striker has received the ball".