Problem of plenty a happy one for Team India: Virat Kohli 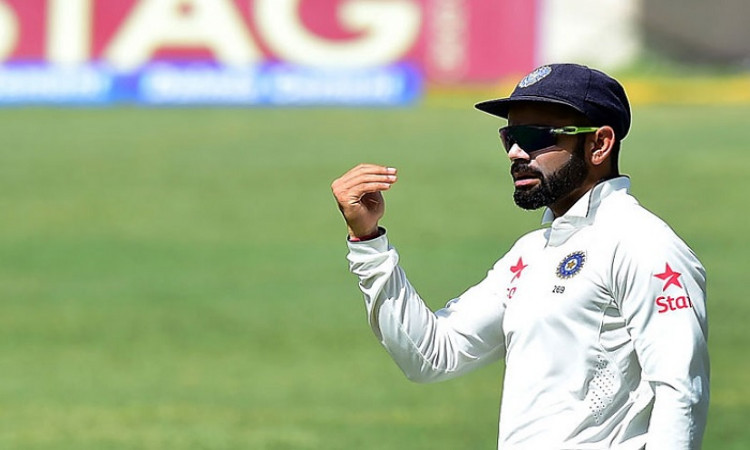 North Sound (Antigua), Aug 21: India captain Virat Kohli feels the team management has a happy problem of plenty to deal with when it comes to selecting the first XI, ahead of India's World Test Championship campaign where they take on the West Indies at Sir Vivian Richards Stadium on Thursday.

It could be toss up between Hanuma Vihari and Rohit Sharma as to who comes to bat at No 6 after vice-captain Ajinkya Rahane who is expected to bat at No 5. With Prithvi Shaw suspended, India are likely to open with K.L. Rahul and Mayank Agarwal with Cheteshwar Pujara and Kohli coming in at No 3 and No 4 respectively.

"Vihari has done well. It all depends on combination. Rohit's quality we all know and he has done well. It's about who provides the best balance," Kohli said at the pre-match press conference here.

"Happy that guys are grabbing opportunities. As long as this healthy competition is there, great for Indian cricket.

"We have a problem of plenty and that's a great position to be in," Kohli added.

There will also be a selection call to make as to who will stand behind the stumps with Wriddhiman Saha now back in the fray and Rishabh Pant also there. It remains to be seen whether India play an extra bowler and leave out a batsman as all-rounder Hardik Pandya has been rested.

"We are still thinking about the combination, we could not have a look at the wicket as it was covered. It's more or less a choice between three quicks and a spinner or two quicks and two spinners," Kohli said.

"Last time England played here, the wicket had quite a lot of variable bounce so..we will be flexible about the combination."

India tinkered with their opening combination the last time they played five-day cricket. Asked about more pressure falling on the middle order, Kohli said: "We are senior players and want to take bulk of the load. Along with Ajinkya, we want to take load off the other players and control the middle order. The opening combination, as you see we have two openers in the squad (Rahul, Agarwal) so the idea is to give them four innings to go out and express themselves."

India played in Australia last in January, winning the four-match series 2-1, which was their first ever Test series Down Under.

"When you have points to play for, every match becomes more important. As I said, it's going to bring in more competition. The test championship is going to take the standard of Test cricket higher."

Kohli, who hit his maiden double hundred at this ground in 2016, added that he loves coming back here. "I love coming to this place, it is relaxing. It is also special in terms of getting my first double hundred here," he said.

In this series, India, the No 1 ranked Test team, will look to reinforce their position at the top of the standings and will bank on their experience to outclass the West Indies who will be low on confidence following the thrashing they received in the T20 and ODI series.