Sunrisers Hyderabad(SRH) on the bank of 20-year-old Priyam Garg's half-century has finished their first innings at 164 against Chennai Super Kings(CSK). 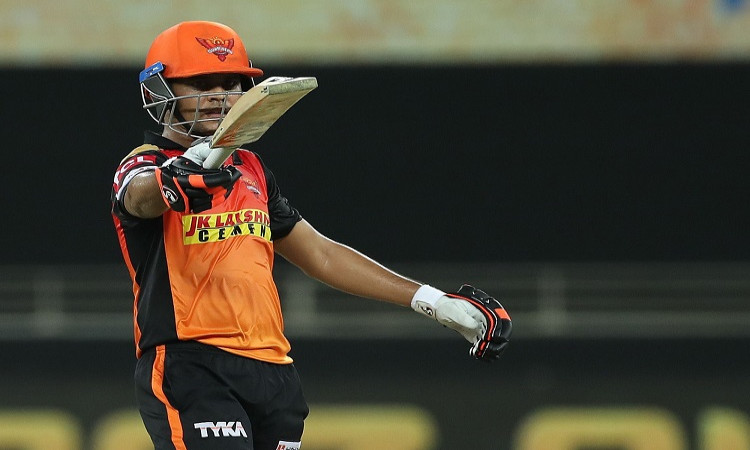 Opting to bat first, David Warner & co. got off to a decent start despite losing Jonny Bairstow on the 4th ball of the innings.
Manish Pandey and captain Warner steadied the ship and scored 42 runs in the powerplay.

SRH were once 69 for 4 in 11 overs having lost all the top 4 batsmen. The two youngsters, Priyam Garg and Abhishek Sharma took care of the rest of the innings. They had a partnership of 77 runs 43 balls to take SRH past the 150 run mark.

Priyam Garg scored his maiden IPL fifty(51*) and Abhishek Sharma got out after scoring 31 runs.

For CSK, Deepak Chahar took 2 wickets in his quota of 4 overs and conceded 31 runs.