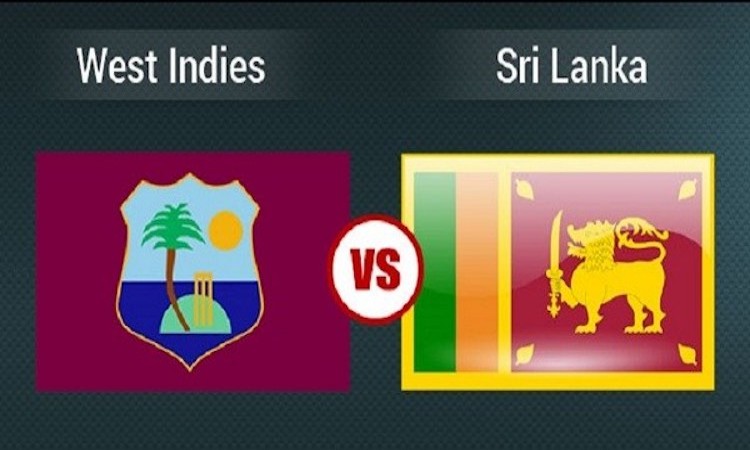 Trinidad, June 5 - Sri Lanka will aim to register their first ever Test series win in the West Indies when they take on take on the hosts in the first of the three-Test rubber at the Queen's Park Oval here from Wednesday.

Both teams will meet in the longest format of the game after a gap of more than two years, having last faced off during Windies' tour of Sri Lanka in October 2015. Going by current form, Sri Lanka hold the upper hand to re-write the record books, having won two of their last five Tests and drawing three.

On the other hand, this will be the first Test of the year for the Jason Holder-led side, who last played a five-day match against New Zealand in December 2017. Going into the first Test, the hosts will be relying on their senior pros to shoulder the responsibilities and take an early lead into the series.

The batting responsibilities will rest on Kraigg Brathwaite's shoulders, who will be assisted by Shai Hope, Roston Chase, the recalled Devon Smith and Kieran Powell.

Shanon Gabriel is expected to lead the bowling attack, to be helped by the experienced Kemar Roach, Miguel Cummins, Holder and leg-spinner Devendra Bishoo. Sri Lanka, who won 1-0 in the two-Test series against Bangladesh in February, had some injury concerns with their first-choice squad.

But they have three batsmen who have enjoyed good recent form -- Roshen Silva, Kusal Mendis and Dhananjaya de Silva, who joined the squad late after the untimely death of his father.

The Islanders can also boast of the experienced hands of captain Dinesh Chandimal, who warmed up with a century against West Indies President's XI in a practice game, Kushal Perera, Niroshan Dickwella and veteran all-rounder Angelo Mathews.

Suranga Lakmal will spearhead the bowling attack with assistance from fellow quicks Lahiru Gamage and Lahiru Kumara as well as spinner Akila Dananjaya. The experienced Rangana Herath, as always, will be a threat.

Prediction: Who will win the first test between SL & WI?