Prepared to handle any situation after working so hard: Shakib Al Hasan

Taunton, June 18 (CRICKETNMORE):  Shakib Al Hasan was the star of the show as Bangladesh chased down West Indies' total of 321/8 with 51 balls to spare. After picking two wickets with the ball, he hit an unbeaten 124 off 99 balls as Bangladesh romped home with 7 wickets in the bag. 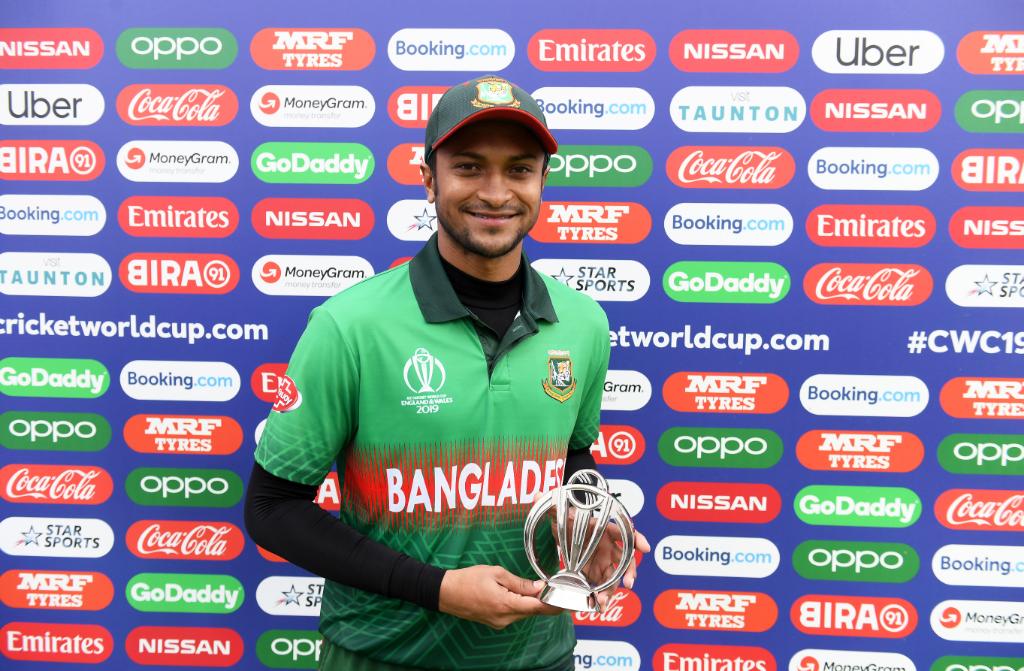 Speaking after the game, Shakib said that preparing in Ireland before the World Cup has really helped the team.

"I will say it's a whole new level (for us). I personally think those matches in Ireland helped us a lot because we won every match chasing there and at no point it seemed that we are batting under pressure and we have to play big strokes.

"Yes, everybody played big shots but we played cricketing shots, which big teams normally do. I think our coaching staff deserves much credit because what used to happen earlier is that we used to panic in the dressing room. It was a big problem. The good thing that happens now is that, our coaching staff remained so calm that (there was) no chance to panic. It's contagious, it happens naturally. When someone panics another one starts to panic too. They are trying to push this in our dressing room and I think it's a big reason behind us chasing in this manner," he revealed.

The all-rounder said that having a strong mindset and playing at the international level for so long has ensured that he doesn't take undue stress anymore.

"I have worked very hard previously, so when tough situations come I remember that I had done all the hard work and this gives me courage and strength. I feel I don't have to take further load because I am prepared to handle any situation after working so hard, coming this far and this provides me strength at the back of my mind.

"Mindset is very important. When your fitness is good it helps you a lot. But ultimately mental strength or how strong you can be (the difference) in tough situations and your bravery. I think these things help in you both in batting and bowling," he explained.