Promoting Hasaranga Up The Order Was Pre-Planned: Dasun Shanaka

With his top-order batsmen failing to fire in their ICC T20 World Cup match Ireland, Sri Lanka skipper Dasun Shanaka had to do something drastic as the islanders had slumped to a disastrous 8 for 3 and were looking like they may struggle to put even 100 on the board. 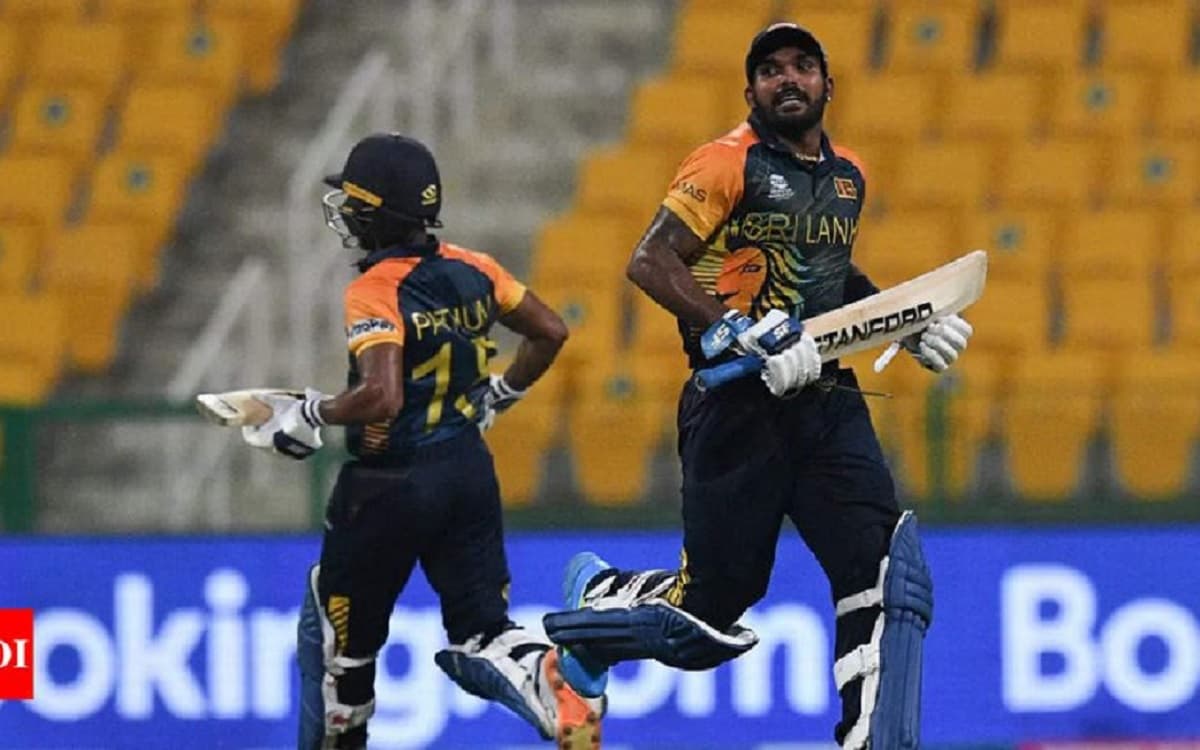 Sri Lanka had won their first match against Namibia and needed to win against Ireland to secure their place in the Super 12s. But having lost three wickets for just eight runs, they were in an extremely difficult situation.

However, the plan to promote leg-spinner Wanindu Hasaranga up the order clicked and Sri Lanka managed to post a challenging total on the board with Hasaranga blazing 71 off 47 balls and Pethum Nissanka striking 61 off 47 balls.

Skipper Shanaka said promoting Hasaranga at five was a plan they had thought out for the T20 World Cup and was happy that it clicked. Shanaka said that he was a bit concerned with the team tottering at 8 for 3 but in the end was thrilled with the partnership between Hasaranga and Nissanka.

"Of course it was a concern at 8 for 3, but they put on an awesome partnership. Hasaranga at five is a plan (we put together) coming in at the World Cup and it worked well for us," he said after Sri Lanka's 70-run win that secured it a place in the next round of the T20 World Cup.

Shanaka was also happy with his pacers Chamika Karunaratne and Dushmantha Chameera, who rattled Ireland early and set up an impressive win for the team.

"Great luxury to have fast bowlers in the side, great credit goes to both of them and the coaches for the efforts in the nets. Have to look at top-order batting, but other areas are okay, though fielding has been poor as well," said Shanaka.

Chasing 172, Ireland lost openers Kevin O'Brien (5) and Paul Stirling (7) in 2.3 overs. While O'Brien top-edged to short fine leg off Karunaratne in the first over, Theekshana similarly dismissed Stirling in the third over. Two overs later, Gareth Delany was bowled by a googly from Hasaranga.

Curtis Campher and Andy Balbirnie shared a stand of 53 runs for the fourth wicket before the former was clean bowled by Theekshana in the 13th over.

That started the downfall of Ireland as Harry Tector (3), Neil Rock (1) and Mark Adair (2) fell in quick succession. With Balbirnie (41) slicing to point off Lahiru Kumara in the 16th over, the writing was clear on the wall for Ireland. Karunaratne and Dushmantha Chameera took the remaining wickets to secure Sri Lanka's second win of the tournament.