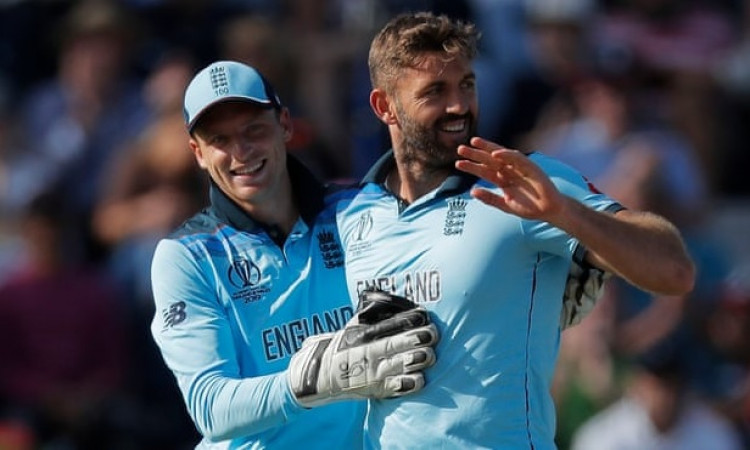 July 10 (CRICKETNMORE) Going into the World Cup, England were considered favourites, but a couple of losses, including one to Sri Lanka, saw them stranded in a position where they needed to win two of their last three group games to qualify for the knockouts. While they lost the first one to Australia, they came back strongly to beat India and New Zealand to finish third in the group stages and qualify for the semi-finals.

English bowling star Liam Plunkett believes that playing in the Indian Premier League (IPL) has helped the current generation of England players to be better equipped to handle the pressure of big-match situations.

"It's a matter of how you deal with pressure, it's not a bad thing that it's there. People can thrive on it, people step out there and enjoy those moments. Other people have played under pressure, they've played in IPL and competitions around the world," he pointed.

The pacer feels that the losses in the middle of the group stages have also made the team a lot stronger in their approach as they look to win their maiden 50-over title.

"I think those defeats have made us stronger. We had a few bad games and went away from our style of cricket, but I feel like we've caught that in time. We're back to playing our best brand of cricket and we can still improve.

"I feel like we had a wobble at the right time, a bit of a blip, and it had made us stronger. How we're feeling right now going into this semi-final, we'd have taken it at the start of the competition," he said ahead of the clash against Australia on Thursday.

Plunkett also pointed out that it is important to enjoy oneself when playing on a big stage like the showpiece event as that helps one perform better.

"Australia is a game that gets the juices flowing. We've performed really well in the last two games. Even though we were dominant in those games, we feel like we're stepping up a gear as well. We're in a good place," he said.