Playing In CPL Will Help Me And Rashid To Prepare Well For IPL: Mohammad Nabi

AUG 21, NEW DELHI: Afghanistan all-rounder Mohammad Nabi believes he and his fellow countryman Rashid Khan will have a good preparation going into the Indian Premier League (IPL) as they would have played cricket in the ongoing edition of the Caribbean Premier League (CPL). 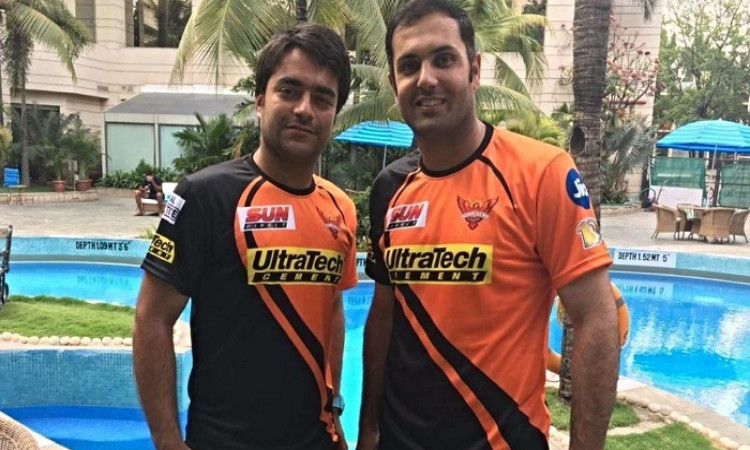 Nabi is currently playing for St Lucia Zouks while Rashid is playing for Barbados Tridents in the CPL. Both will play for Sunrisers Hyderabad in the upcoming IPL edition slated to start from September 19 in the UAE.

In an interview, Nabi said that having played a significant amount of cricket in the UAE, both he and Rashid are used to the pitches in the Gulf nation.

"Afghanistan plays most of their T20 games in Sharjah. Thus, it becomes more suitable for us (me and Rashid) when we travel to UAE for the IPL. But playing in CPL will definitely help us to prepare well for the IPL," said the all-rounder.

CPL is the first T20 league happening following the COVID-19 induced break, which halted the cricket calendar in March. And Nabi believes players will take time to adjust and get back to form.

"It is very tough to play after a long rest. During COVID-19 pandemic, I stayed at home for around 4-5 months. We were just training and were not practising any bowling or batting in the outfield.

"So, a few games in the beginning would be tough. However, we will try to get back into the rhythm as quickly as possible and hopefully, we will do well in the CPL," he added.

Because of the coronavirus outbreak, matches are currently being held behind closed-doors in CPL and the IPL would also follow the same suit. Nabi believes that the absence of fans in the stadium will have an impact on the performance of the players.

Asked to compare IPL with other T20 leagues such as CPL, Nabi -- who has played 13 matches for SRH -- said: "IPL is a quality league and has participation of high-profile players. Most of the franchises have many national players. Thus, the matches played in IPL are very competitive. IPL cannot be compared to CPL or any other league in the world."

"Dhoni is one of the best cricketers, the best finisher and a nice human being. I saw him first in 2006 at the Lord's. I bowled to him there. I remember we spoke a lot. He asked me about Afghanistan and what was happening in the country back then."

The Afghanistan all-rounder also said that the International Cricket Council (ICC) took a good decision to postpone this year's T20 World Cup, originally slated to be held in Australia.

"It was a good decision to postpone the T20 World Cup amid the COVID-19 pandemic when the matches are being played behind closed-doors. Next year, hopefully the situation will be better and we will be playing in front of the crowd in the stadiums," said Nabi.

With postponement of the tournament, the teams will now fight it out for the T20 World Cup trophy in 2021 in India and Nabi believes Afghanistan will come out with a good performance.

"It will be a great opportunity for Afghanistan to play the T20 World Cup in India because most of our home matches are played there. So, it will suit the Afghanistan players," he signed off.