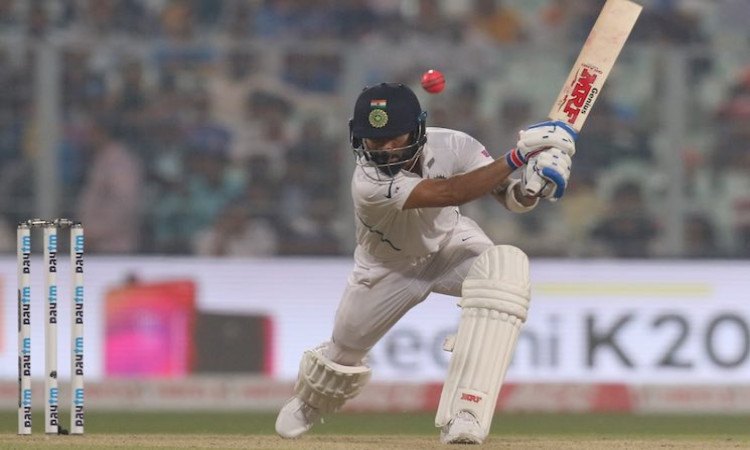 Kolkata, Nov 22 - The red-hot Indian pace battery ran through the fragile Bangladesh batting like a hot knife through butter, before Cheteshwar Pujara and Virat Kohli eased to typically classy half centuries as India reached 174/3 at stumps on Day 1 of the first pink ball Test in the country here on Friday.

At stumps, Kohli was batting on 59 from 93 balls, his innings laced with eight fours. Vice-captain Ajinkya Rahane was batting with him on 23 as the lead read 68 with seven wickets in the kitty.

Pujara, who brought up his 21st fifty in 93 balls (8x4) failed to survive the final hour as the impressive Ebadat Hossain had him caught at second slip by Shadman Islam.

There was no stopping Kohli at the other end as the Indian captain got to his half century in 76 balls with the help of seven boundaries. Kohli looked in ominous form as he pulled Ebadat from outside the off stump to reach the landmark.

At the toss, Bangladesh skipper Mominul Haque called it right and asked India to field first on a wicket which looked good for batting.

The Indian pacers took seven overs to get used to the pink ball and find their mojo. In the next 24 overs, they dismantled Bangladesh with surgical precision to entertain the packed crowd at the Eden Gardens. 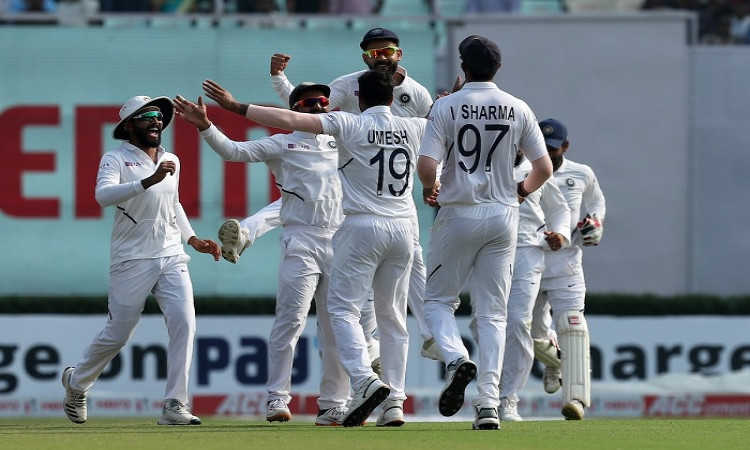 Ishant Sharma bagged a five-for, his 5/22 complimented by Umesh Yadav (3/29) and Mohammed Shami (2/36) as left-arm spinner Ravindra Jadeja only had to bowl one over.