Rishabh Pant smacked a record-breaking century while Ravindra Jadeja played a gritty knock to put India in a good position after losing the top order early in the final test for India against England. 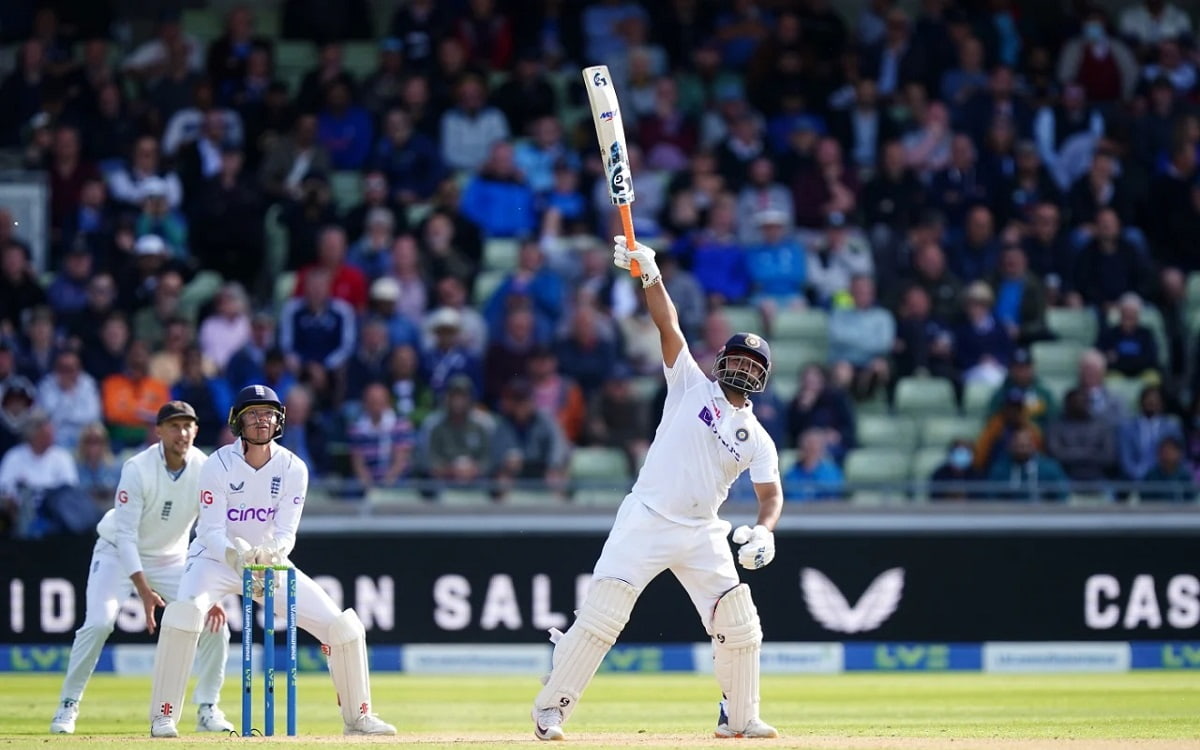 ENG vs IND - After losing half the batting line up for just 98 runs, Rishabh Pant and Ravindra Jadeja led the Indian comeback, putting India ahead of England on day 1. Team India's score read 338/7 at stumps on day 1.

After being 98/5, Rishabh Pant and Ravindra Jadeja held teh crease in the second session, and etched a record-breaking partnership of 222 runs for the 6th wicket. Moreover, team India went to score 164 runs in 30 overs in the third session while losing just two wickets.

Rishabh Pant was in his normal explosive mood as he smacked 146 runs in 111 deliveries, including 20 fours & 4 sixes at a strike rate of 131.53. Pant was finally dismissed by Joe Root in the 67th over. Ravindra Jadeja on the other hand, remained unbeaten on a gritty 83 off 163 deliveries.

For England, Ben Stokes and Joe Root picked up the wickets of Shardul Thakur (1) and Rishabh Pant consecutively in the third session.

Earlier, Play on day 1 of the final test between England and India has been stopped due to rain.

20.1 overs were bowled in the first session, after which India scored 53/2. Anderson picked up both the wickets as he dismissed openers Shubman Gill (17) and Cheteshwar Pujara (13).

Virat Kohli (1*) and Hanuma Vihari (14*) are at the crease for team India. Earlier, England captain Ben Stokes won the toss & opted to bowl first against India in the final test. This match is being played at Edgbaston, Birmingham.

After Hanuma Vihari was dismissed in the 3rd over after Lunch by Matty Potts; the young bowler went on to grab the priced wicket of Virat Kohli (11) 2 overs later. Shreyas Iyer was dismissed by James Anderson 3 overs later as the ace pacer grabbed his third wicket.

Earlier, England captain Ben Stokes won the toss & opted to bowl first against India in the 5th test. This match is being played at Edgbaston, Birmingham.