Pant not my no.4, DK or Kedar can do the job: Gaekwad 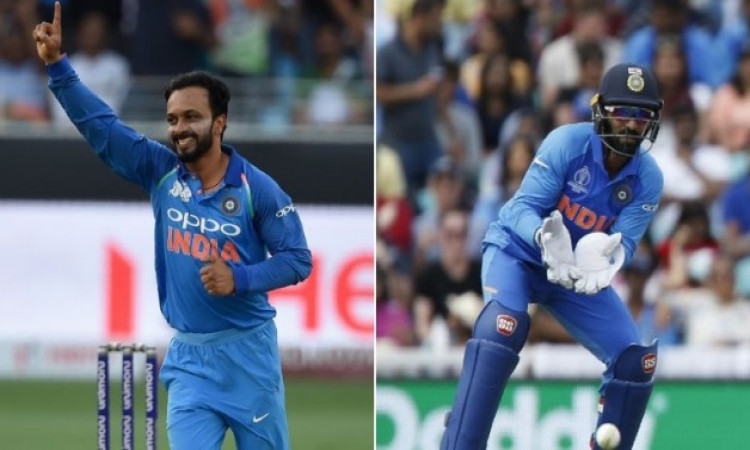 June 24 (CRICKETNMORE) India's poor batting display against Afghanistan has once again raised questions on who should bat at no.4 for the Men in Blue in the remaining games of the 2019 World Cup. While some feel that Rishabh Pant should be given a go at the spot, former India coach Anshuman Gaekwad begs to differ.

He believes that either Kedar Jadhav or Dinesh Karthik should be asked to do the job as the young wicket-keeper batsman is not India's answer to the no. 4 conundrum.

"Kedar Jadhav is a smart cricketer. He is a busy player and can rotate the strike. He can also play his shots. I think he should bat at no. 4," Gaekwad told IANS.

"The other option is Dinesh Karthik. He has the experience and is a proven finisher. He likes to take his time at the crease and that is important when India are in trouble. You need someone who can stem the rot along with Virat (Kohli)," said Gaekwad who featured for India in 40 Tests and 15 ODIs, besides coaching the team from October 1997 to September 1999, and again in 2000 for a brief period - before John Wright succeeded him.

India started with K.L. Rahul batting at no. 4, but since Shikhar Dhawan got injured and was ruled out of the tournament after their second game against Australia, Rahul had to fill in the opener's slot with Vijay Shankar drafted in the much-talked about position.

While the India-New Zealand game got washed out without a ball being bowled, big-hitting all-rounder Hardik Pandya came in at no.4 against Pakistan when India were cruising at 234/2.

The real test came in the Afghanistan match when India were wobbling at 64/2 and Shankar came out to bat. The Tamil Nadu all-rounder, selected for his "three dimensional" skills with bat, ball and in the field, crawled to a 41-ball 29 before playing a needless sweep to get out.

India managed only 224/8 in that game with Afghanistan almost pulled off a shock win before Mohammed Shami got a hattrick to take Kohli and boys over the line.

There have been talks of Pant jumping the queue and playing at no.4 after joining the squad as replacement for Dhawan.

"He is certainly not my no.4," Gaekwad said. "He is good striker of the ball. But at the position, you need someone who can stay at the crease. I don't think I will play him at that position," the 66-year old said.

Gaekwad also criticised the shot selection of Indian batsmen in the Afghanistan game. "There was no need to play the reverse sweep during that time. He was impatient and paid the price for it," Gaekwad said of Rahul's dismissal.

"Also Shankar, what was the need to try a sweep? It was not as if the Afghanistan bowlers were doing wonders. They stuck to a good line and length. The need of the hour was to play through the line."