Pandya impressed as Rohit reacts to question on Pant 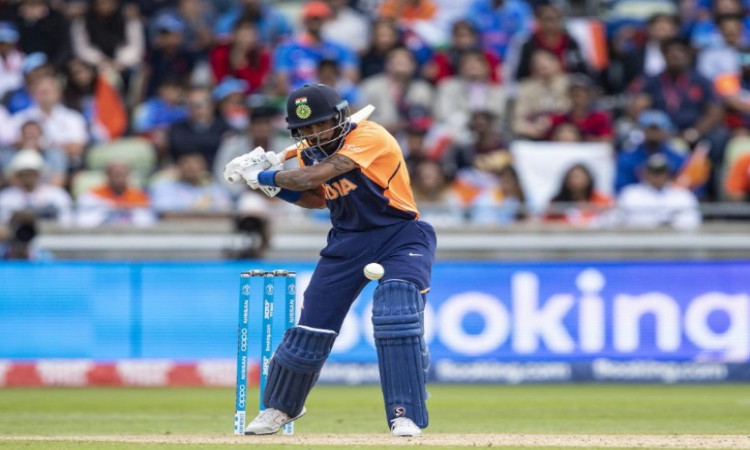 At Edgbaston, the 21-year-old was sent at the much talked-about position in the Indian batting line-up: The number four spot during the chase of 338. He came out after Virat Kohli's dismissal when India was struggling to keep up with the asking rate and along with Rohit Sharma, added 52 runs for the third wicket to bring the team back in the run chase.

Also Read: Dhoni missed calling for DRS, but it isn't his job alone

Pant scored 32 from 29 deliveries as India fell short of the target by 31 runs, thus registering their first defeat in the tournament.

Pant, who was not originally in the 15-member squad, had been drafted into the team following injury to Indian opener Shikhar Dhawan who had to return back home with a fractured thumb.

In the post-match press-conference, Indian vice-captain Rohit Sharma was asked if he felt surprised by Pant coming in at number four.

A journalist asked Rohit: "With 146 for two, where you surprised to see Rishabh Pant emerging out of the pavilion because that poor fellow had not even played one match and Hardik (Pandya) was obviously the man in form?"

To which Sharma answered: "Not really because you all guys wanted Rishabh Pant to play right? You all guys right from India, you all questioned asking 'Where is Rishabh Pant?' There he is at number four."

Indian all-rounder Hardik Pandya was impressed with Rohit's response to the journalist and wrote in the comments section: "roo at his best."

"Rishabh went out and made a big statement. But also number of elements that one would have to look at, if there is an injury on the field then who comes and completes those overs (hinting at Vijay Shankar)," Tendulkar told India Today.

"What I saw of Rishabh, he's always been a dynamic player, always been aggressive. I call him a dynamite," he added.

India will now face Bangladesh on Tuesday and will look to win and seal their spot in the semifinals.