Pakistan and England will clash against each other in the final of the T20 World Cup 2022 at MCG to lift their second T20 World Cup trophy.

Pakistan and England will clash against each other in the final of the T20 World Cup 2022 at MCG to lift their second T20 World Cup trophy.

With the top 2 batters gaining form at a crucial juncture, Pakistan defeated New Zealand in the 1st semi-final to cruise through to the finals of the T20 World Cup 2022. Chasing 153 runs to win, Babar and Rizwan smacked half-centuries as the openers added 105 runs for the opening wicket, easing Pakistan's path into the finals.

Shan Masood has been the highest run-scorer in this World Cup for Pakistan after Rizwan (160 runs) and has registered 137 runs in 6 innings while remaining unbeaten in 3 of them. Iftikhar Ahmed is the only other batter to cross the 100-run mark for Pakistan and has scored 114 runs in 6 innings. Mohammad Haris has impressed in the last 3 matches and has smacked 89 runs at a strike rate of 161.81, while Shadab has maintained a strike rate of 177.27 and played an exceptional knock against South Africa which proved to be a turning point for Pakistan in this World Cup.

Even though Pakistan qualified for the semi-finals with a bit of luck, they have been in exceptional rhythm after the first two losses - a close encounter against India and an even closer upset against Zimbabwe. However, they have defeated strong-looking South Africa and New Zealand in their last two matches and are currently looking unstoppable at the moment.

A huge credit for the same can be given to pacer Shaheen Afridi's return to form. In the match against South Africa, Shaheen dismissed explosive batters - Quinton de Kock (0), Rilee Rossouw (7) and Heinrich Klaasen (15) as he returned with a figure of 3/14 in 3 overs. In the sem-fial, Shaheen picked up the wickets of Finn Allen & captain Kane Williamson, helping Pakistan halt New Zealand to an average total.

Shaheen Afridi has taken 10 wickets in this tournament so far, while leg spinner Shadab Khan has also grabbed 10 wickets. Along with these two, Mohammad Wasim and Naseem Shah have also been exceptional with their form and have an economy of lower than 7.

England on other hand registered an emphatic 10-wicket win in the 2nd semi-final against India while chasing a target of 169 runs. Like Babar, Buttler also showed form for the first time in this World Cup on the semi-final stage where he smashed 80* runs off 49 balls with 9 fours & 3 sixes.

On the other hand, Alex Hales is having a dream comeback as he smacked 86 runs off 47 balls with 4 fours & 7 sixes and was adjudged the player of the match. The England batting lineup is filled with explosive batters - Phil Salt, Ben Stokes, Harry Brook, Liam Livingstone, Moeen Ali & Sam Curran. Even the no. 11 Adil Rashid has 10 first-class centuries to his name.

Even though spinner Adil Rashid has managed only 2 wickets in the tournament till now, he has maintained the best economy amongst all English bowlers (6.25) and has helped in stopping the flow of runs in the middle overs. Ben Stokes (6.40) has the best economy in the team after Rashid and has registered 5 wickets in 5 matches.

With both teams on a winning run, the final between Pakistan and England is expected to be a close contest and go down the wire.

PAK vs ENG: Where to Watch?

The final of the T20 World Cup 2022 between Pakistan and England will be broadcasted on the Star Sports network on TV, and on OTT Platform Hotstar for Indian viewers. 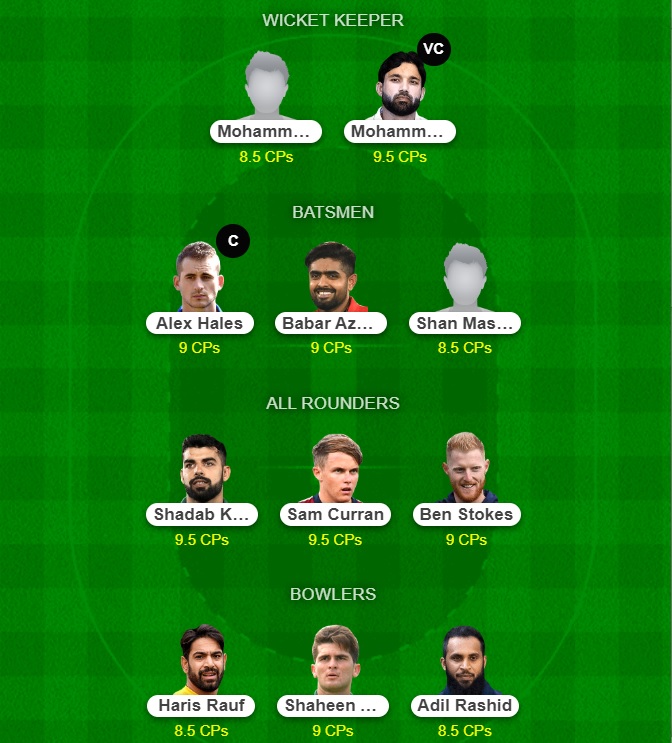