Pakistan and England will face off in the 2nd T20I of the seven-match series on Thursday, September 22 in Karachi after England's win in the first T20I. 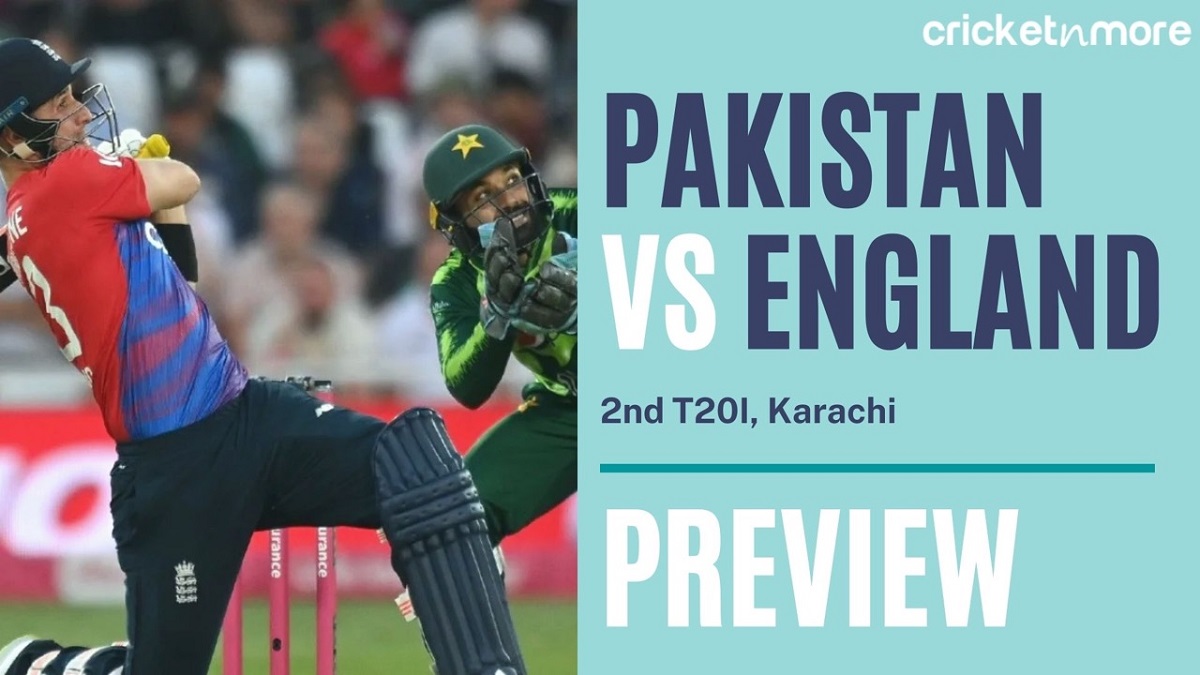 Pakistan and England will face off in the 2nd T20I of the seven-match series on Thursday, September 22 in Karachi after England's win in the first T20I.


Harbhajan, Yuvraj Humbled To Have Stands On Their Names At PCA Stadium In Mohali

After an emphatic win in the first match of the seven-match T20I series, England will try to expand their lead when Moeen Ali's team will face the home side Pakistan in the second T20I on Thursday, September 22.

England won the first T20I of their seven-match series against Pakistan in Karachi by six wickets with four balls to spare, with the returning opening batter Alex Hales scoring a half-century.

Pakistan after batting first scored 158/6 in 20 over. T20I rank one Mohammad Rizwan top scored with (68 runs of 46 deliveries), skipper Babar Azam did decent with the bat as he got 31 runs off 24 balls. Apart from them, only Iftikhar (28 of 17) was able to deliver runs with the bat, and the rest of the batters weren't able to put much impact.

For England, Luke Wood was the bowler to look out for as he claimed 3/24, and experience spinner Adil Rashid grasped two wickets. Curran and Moeen also clinched one-one wicket each.

Chasing a defendable total of 159 runs, England lost opener Philip Salt (10) early. However, another English opener Alex Hales, who made a return to play in the international game made full use of the opportunity and thrashed Pak bowlers and scored 53 runs off 40 deliveries.

Dawid Malan (20) and Ben Duckett (21) made small contributions and both were dismissed by Usman Qadir. Harry Brook also batten well in the end as he smacked a match-winning 42* off 25 balls. For Pakistan, Usman Qadir picked up 2 wickets while Shahnawaz Dahani & Haris Rauf managed 1 wicket each.

After a win in the first match, England will start as the favorites in the second T20I against Pakistan.

Jos Buttler is likely to play the second match after being given rest in the first game.