Pakistan come in unchanged from their previous win over India, who have lost both their Super Four matches so far. 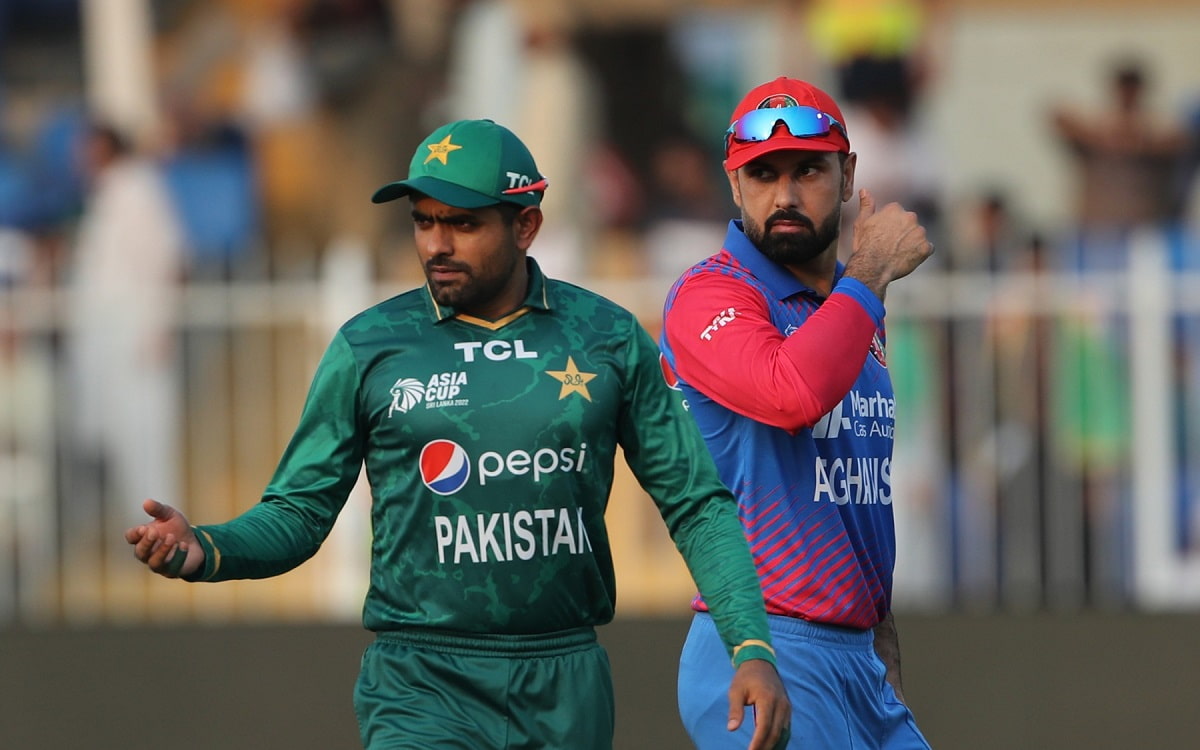 Pakistan skipper Babar Azam won the toss and elected to field first against Afghanistan in their bid to seal a final spot in the Asia Cup Twenty20 tournament on Wednesday.

If Pakistan win this Super Four match in Sharjah they will face Sri Lanka in Sunday's final and knock arch-rivals India out of the tournament, which acts as a tune-up to the T20 World Cup in October-November.

Pakistan come in unchanged from their previous win over India, who have lost both their Super Four matches so far.

"The pitch looks nice and the second thing is the dew factor, that's why we are bowling first," Azam said at the toss.

"Hopefully we pick up early wickets and restrict them. The mood is cool and calm and we will try to continue the (winning) momentum."

Afghanistan, who lost their previous match to Sri Lanka at the same venue, have made two changes to stay in the hunt for the final with Azmatullah Omarzai and Fareed Ahmad Malik making the team.

Skipper Mohammad Nabi brings up a landmark 100th T20 international appearance since making his debut in 2010.

"We would have bowled first. There will be dew later on, the humidity is too much and the ball does not grip towards the end, it is all part of the game," Nabi said.

"But we will try and put a big score on the board. It is always a tough game against Pakistan. We have had a lot of good games in the past and we will try our best to not repeat our mistakes."