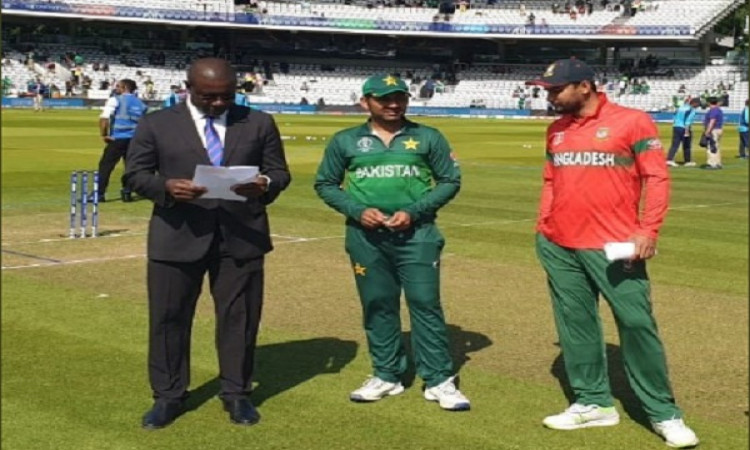 July 5 (CRICKETNMORE) Pakistan captain Sarfaraz Ahmed won the toss and elected to bat against Bangladesh in their last group stage fixture at the ongoing World Cup at Lord's on Friday.

Pakistan have gone with the same team that played against Afghanistan. On the other hand, Bangladesh have made two changes in their line-up. They have included Mahmudullah and Mehidy Hasan in place of Sabbir Rahman and Rubel Hossain.

"We will bat first. Only chance we have is to bat first and put a big total on the board. So we will try our best. We are going with the same team, although we know that we need quick and big runs. It's a long tournament and one game is different from the other. Unfortunate to be in this position but we will try our best," said Sarfaraz after winning the toss.

"I'd love to bat first on this wicket as it's a used wicket. We have to bowl well and restrict them to a chaseable total. We've been playing well against them but this is a fresh game and they're a good side. They're starting to take off in terms of momentum and we need to play well. Yes, it will be a good milestone for us if we manage to win four games in the World Cup. It is my final World Cup game and I will try my best," said Bangladesh skipper Mashrafe Mortaza.