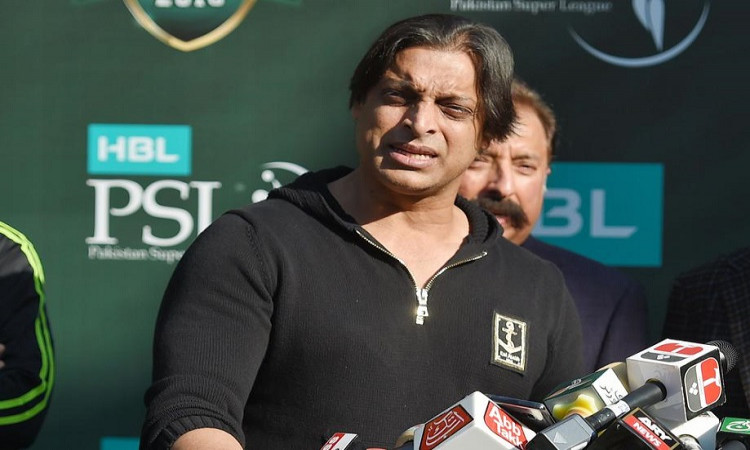 Former Pakistan fast bowler Shoaib Akhtar slammed the team for their performance against England in the decisive third Test between the two sides underway at the Ageas Bowl in Southampton.

Pakistan looked to be in control for much of the first two sessions of the first day before they lost control of the match due to an epic 359-run stand for the fifth wicket between Zak Crawley (267) and Jos Buttler (152).

Also Read: Dhoni Had Superb Big-Hitting Abilities And He Was Rare: Sourav Ganguly

"I have seen the attitude of aggressive bowlers, they have the intent of taking wickets. I do not know what is being taught to the current bowlers of Pakistan. There is no method, Naseem Shah keeps on bowling at just one area, there are no slower balls or bouncers," Akhtar said on his Youtube channel.

"I don't know why there is a lack of aggression, we are not net bowlers, we are playing Test matches," Akhtar added.

"Our players do not understand that when you do not have the right mindset, you would not succeed. Pakistan looked like a very ordinary team, the way we are playing, it is looking like we will face our biggest defeat on foreign soil since 2006," Akhtar said.

Shoaib in a tweet also questioned the team's decision to send in Babar Azam towards the end of the second day instead of a nightwatchman. Babar became the third man to fall to James Anderson and his wicket was the last act of the day. Pakistan were left tottering at 24/3 afer England declared on 583/8.

"It is a very embarrassing performance from Pakistan, I was very hopeful of our side performing well in the series. Pakistan is looking like a club team. Crawley was set for scoring 300 but fortunately he was dismissed," he said.