Pakistan will now face the winner of the 2nd semi-final between India and England, in the finals of the T20 World Cup 2022 on November 13th (Sunday) at MCG. 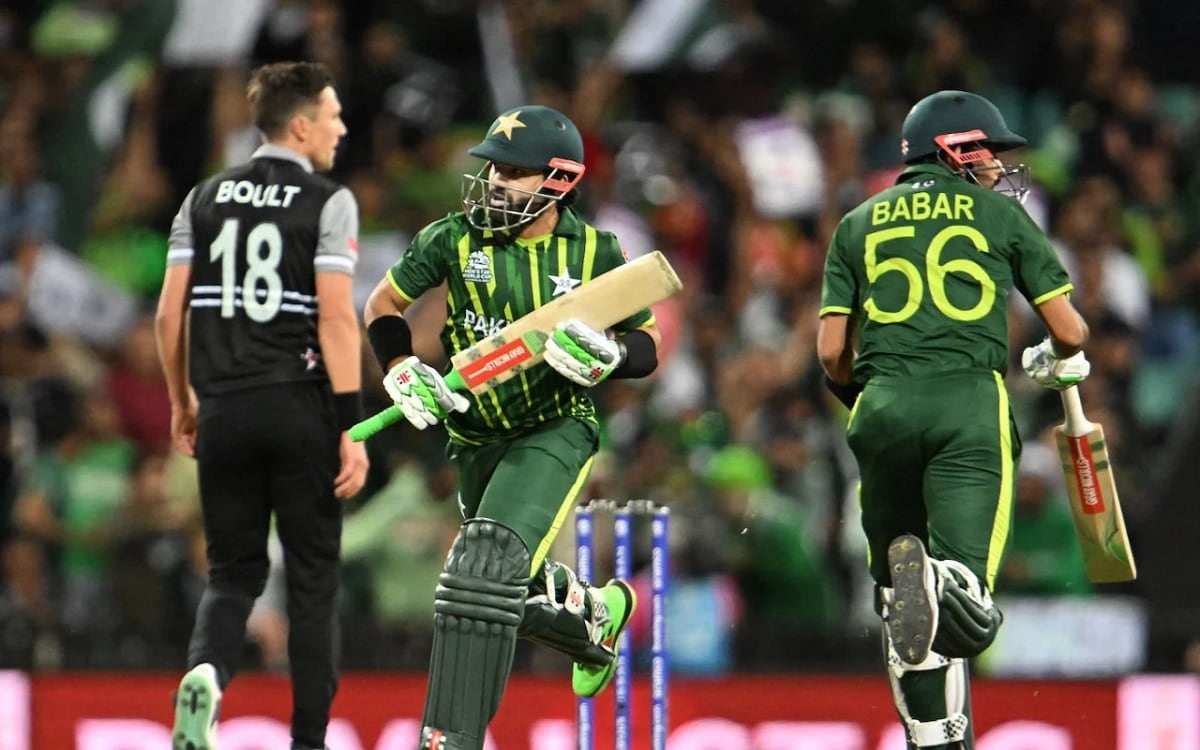 PAK vs NZ: Courtesy of Pakistan openers coming into form at the right time, Pakistan defeated New Zealand by 7 wickets in the 1st semi-final. With this win, Pakistan have become the first team to reach the T20 World Cup 2022 finals.

Chasing 153 to win, Pakistan went off to a blazing start, their best inside the powerplay in this tournament so far. Mohammad Rizwan and Babar Azam added 55 runs in the powerplay, where Rizwan smacked 28 runs off 17 balls while Babar scored 25 runs in 19 balls. The pair went on to etch their 8th 100-run partnership in T20Is, and 3rd in T20I World Cups.


T20 WC: England Skipper Buttler Confident Over His Game Ahead Of The Semifinal Against India

Babar, who had scored just 39 runs in 5 innings, brought up his 30th T20I fifty as he scored 53 runs in 42 balls before getting dismissed in the 13th over. Babar received a reprieval on the very first delivery he faced when he was dropped by Devon Conway behind the stumps. The Pakistan captain smacked 7 fours in his knock.

While Rizwan on the other end brought up his 23rd fifty, scoring 57 runs in 43 balls with 5 fours. Mohammad Haris, batting at #3, scored 30 runs in 26 balls with 2 fours & a six and was dismissed on the last delivery of the 19th over, when Pakistan required just 2 runs to win. For New Zealand, Trent Boult picked up 2 wickets and Mitchell Santner managed 1 wicket. 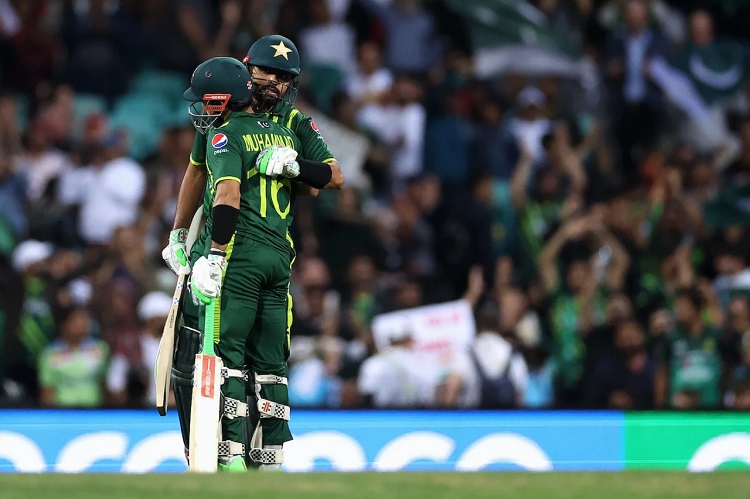 Pakistan will now face the winner of the 2nd semi-final between India and England, in the finals of the T20 World Cup 2022 on November 13th (Sunday) at MCG.

In the first innings, Daryl Mitchell and Kane Williamson produced vital performances to counter the opposition bowling as New Zealand posted 152/4 against Pakistan in the 1st semi-final.

Shaheen Afridi gave Pakistan a good start, dismissing dangerous Kiwi batter Finn Allen on the 3rd ball of the innings. Opener Devon Conway then etched a partnership of 34 runs in 32 balls for the 2nd wicket with Kane Williamson. The partnership was broken on the last ball of the powerplay as Conway was dismissed via run out by Shadab Khan after scoring 21 runs in 20 balls.

Glenn Phillips, who had scored a century earlier in the tournament at the same ground, was dismissed cheaply by Mohammad Nawaz in the 8th over. New Zealand were trailing at the end of the 8th over at 49/3. From thereon, Williamson held the crease with Daryl Mitchell as these two added 68 runs in 50 balls for the 4th wicket.

Williamson steered his innings carefully, smacking his first boundary after playing 28 deliveries. After smacking a six and a four, Williamson tried to scoop Shaheen in the 17th over but was cleaned up. The Kiwi captain managed 46 runs off 42 balls with a four and a six before getting dismissed.

Daryl Mitchell continued on the other end, bringing up his 3rd T20I fifty. The right-handed batter scored an unbeaten 53 runs off 35 balls with 3 fours & a six to take New Zealand across the 150-run mark. James Neesham remained not out at the other end at a score of 16*(12). For Pakistan, Shaheen Afridi picked up 2 wickets while Mohammad Nawaz managed 1 wicket.

Into The Finals! #Cricket #T20WorldCup pic.twitter.com/79P5RIMNFV

Earlier, New Zealand captain Kane Williamson won the toss & opted to bat first against Pakistan in the 1st semi-final of the T20 World Cup 2022. This match is being played at Sydney Cricket Ground, Sydney.