Pakistan will now face off against India on Sunday (September 4th) in their first match of the Super Four stage. 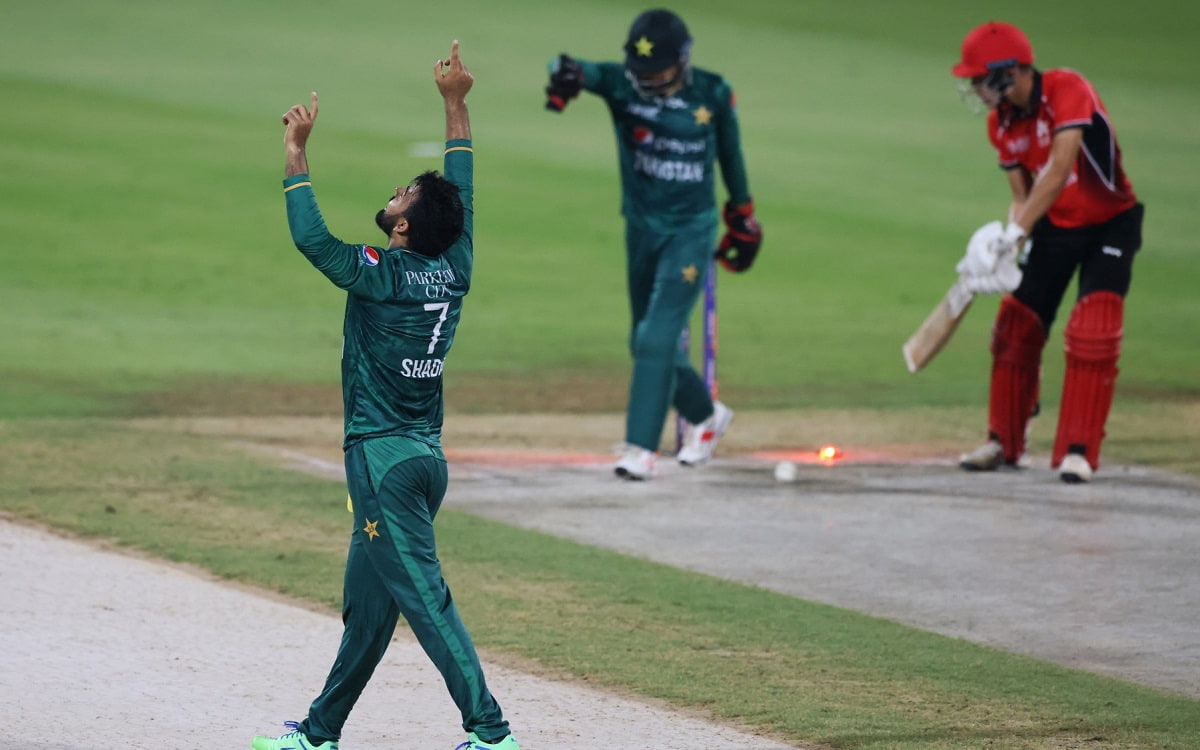 PAK vs HK: Pakistan completely dominated associate nation Hong Kong, bowling them out for a mere 38 runs in 10.4 overs to win the match by 155 runs and confirm their berth for the Super Four stage of Asia Cup 2022. With this win, Pakistan have set up another clash against arch-rivals India in this tournament.

Defending a total of 193/2, Pakistan struck with their first wicket in the 3rd over as young sensation Naseem Shah dismissed captain Nizakat Khan (8). Naseem went on to dismiss the Hong Kong #3 batter, Babar Hayat (0) in the same over.


Rizwan, Fakhar Leads Pakistan To A Hefty Total Of 193/2 Against Hong Kong

Shahnawaz Dahani then dismissed Yasim Murtaza (2) in the 5th over as Hong Kong lost their 3rd wicket inside the powerplay for just 25 runs. Hong Kong went on to lose a wicket or two in almost every over, and none of the batters were able to cross double-digit score as they were bundled out for _ in a must-win game.

For Pakistan, Shadab Khan picked up 4 wickets while Mohammad Nawaz registered 3 wickets to his name. Naseem Shah grabbed 2 wickets while Shahnawaz Dahani also managed a wicket. Pakistan will now face off against India on Sunday (September 4th) in their first match of the Super Four stage.

In the first innings, After losing captain Babar Azam early on, Mohammad Rizwan and Fakhar Zaman smacked fifties as Pakistan posted 193/2 against Hong Kong in a must-win game to stay alive in the Asia Cup 2022.

Mohammad Rizwan went on to play a responsible inning for his team as he scored an unbeaten 78 runs off 57 balls with 6 fours & a six, batting throughout the full 20 overs after opening the innings. Khusdil Shah also played an elegant unbeaten knock of 15-ball35, which included 5 sixes. Ehsan Khan was the sole wicket-taker for Hong Kong.

Earlier, Hong Kong captain Nizakat Khan won the toss & opted to bowl first against Pakistan in the 6th match of Asia Cup 2022. This match is being played at Sharjah Cricket Stadium, Sharjah.