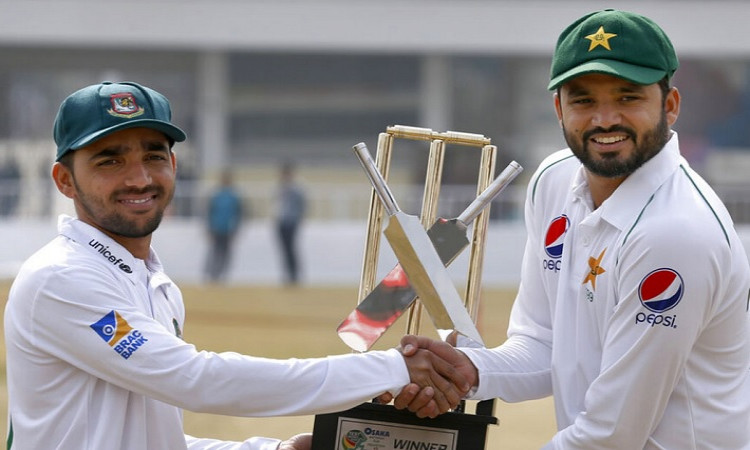 Karachi, March 16:  In the wake of the ongoing coronavirus outbreak, another international cricket series has succumbed to the pandemic as the Pakistan Cricket Board (PCB) has been forced to postpone the upcoming ODI and the Test match against Bangladesh.

The Bangladesh team was due to arrive in Karachi on March 29 to play an ODI on April 1 and the second ICC World Test Championship Test from April 5-9.

"The Pakistan and Bangladesh cricket boards have decided to postpone the upcoming One-Day International and Test in Karachi for a later date," said PCB in a statement on Monday.

"The two boards will now work together to identify a future opportunity to complete the ICC World Test Championship commitment."

The first Test of the series was played in Rawalpindi from February 7-10, which Pakistan had won by an innings and 44 runs.

The board has also indefinitely postponed the Pakistan Cup. The domestic one-day competition was initially scheduled to start on March 25.

England also postponed their two-match Test series in Sri Lanka while the upcoming edition of the Indian Premier League (IPL), which was due to start on March 29, has also been suspended till April 15.