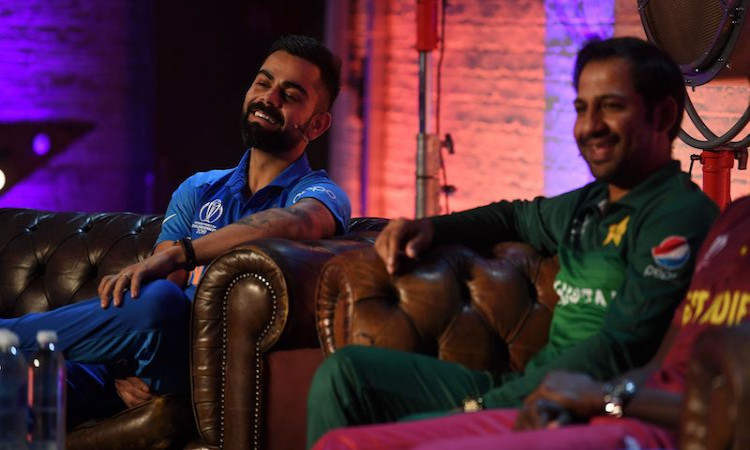 May 24 (CRICKETNMORE) - Pakistan may have been on the wrong end of a 4-0 ODI series against England but their impressive record in global tournaments in the country mean skipper Sarfaraz Ahmed remains full of confidence.

Hosts of the upcoming ICC Men’s Cricket World Cup 2019, England, swept Pakistan 4-0 earlier this month – the visitors’ only reprieve in the five-match series being a rained-off game at the Oval.

Yet in 2017, Sarfaraz’s men memorably won the ICC Champions Trophy on English soil and also lifted the ICC T20 World Cup at Lord’s back in 2009.

That enviable pedigree, combined with the lessons learned from the recent series that was closer than the scoreline suggests, means the skipper is quietly optimistic about making some serious noise this summer.

“It’s a very balanced World Cup and there should be some great cricket,” said Sarfaraz. “Pakistan do very well in England traditionally, so we are confident of doing well again.

“Playing those five ODIs against England was very good practice and I thought it was a really high quality of cricket.

“We’re hopeful of playing good cricket here. We learned a lot from those defeats and playing a top-quality side provides great lessons.

“Our batsmen especially performed really well, so we’re training hard now for the World Cup and hopefully we’ll put in some good performances.”

Sarfaraz joined the nine other skippers on stage at the official captain’s media launch in east London, to answer questions from the assembled global media just seven days before the competition gets underway.

The 32-year-old is looking to join Imran Khan as the only man to captain Pakistan to ICC Men’s Cricket World Cup glory.

Since achieving that feat back in 1992, Khan has gone on to become Prime Minister of Pakistan and when asked if he would follow in his predecessor’s political footsteps should he lift the trophy this summer, Sarfaraz jokingly refused to rule out the possibility.

“I don’t know about my future, so I couldn’t say,” smiled Sarfaraz.