South Africa lost four wickets on the second day of their second Test against Pakistan after fast bowler Anrich Nortje's five-wicket haul helped them dismiss the hosts for 272 runs on Friday. 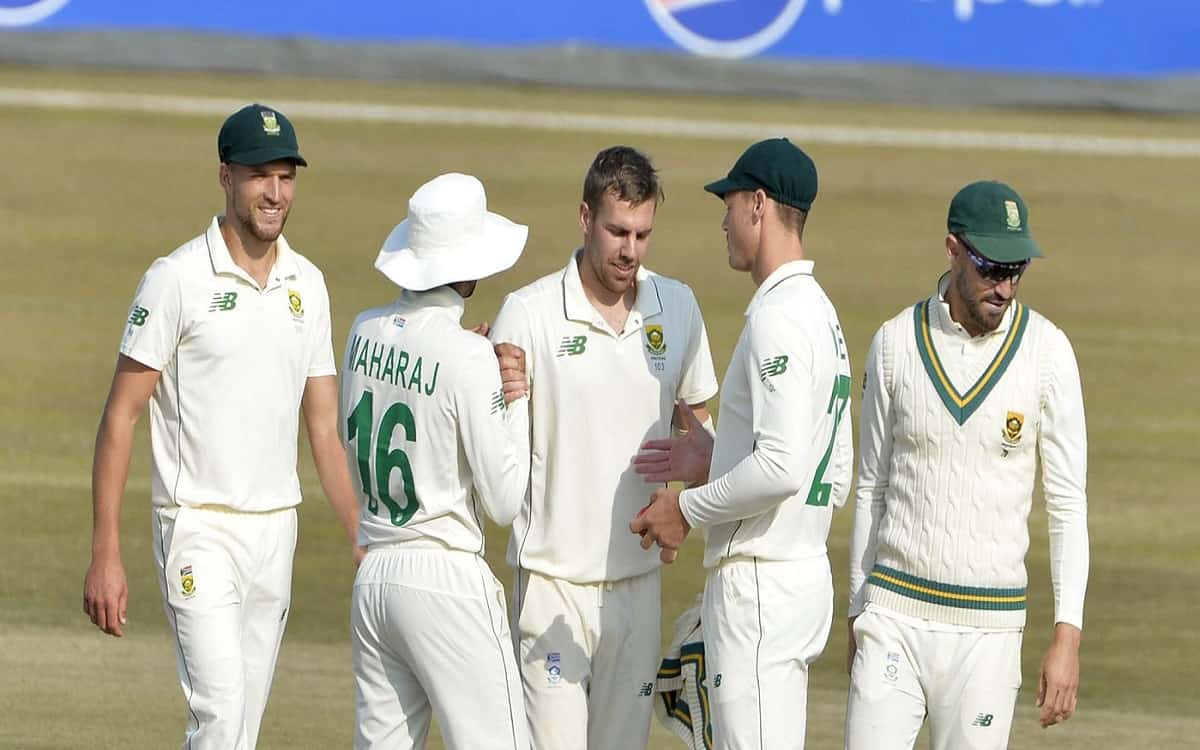 Visiting captain Quinton de Kock's quickfire 24 off 11 balls helped them end the day on a positive note and they will resume Day 3 on an overnight score of 106 runs for four wickets. South Africa vs Pakistan Scorecard

Fast bowler Hasan Ali struck twice off consecutive deliveries, dismissing opener Dean Elgar (15 off 21) and No.3 Rassie van der Dussen for a first-ball duck. He failed to complete a hat-trick, but Pakistan continued to trouble the South Africans. Faheem Ashraf, who scored an unbeaten 78, struck with the wicket of Faf du Plessis after which spinner Nauman Ali got opener Aiden Markram.

de Kock then hit five fours, three of which came in the second-last over of the day off Yasir Shah, to push South Africa past the 100-run mark.

Earlier, Ashraf and captain Babar Azam put up a 123-run stand for the fourth wicket to help Pakistan bounce back from being 22 for the loss of three wickets. Azam fell to Nortje after which Ashraf and Fawad Alam looked set for putting up another big partnership before the latter was run out on 45, thanks to a brilliant direct hit from Temba Bavuma. Ashraf then batted with the tail to push Pakistan past the 250-run mark.