PAK vs BAN: Pakistan beat Bangladesh by an innings and 44 runs in Rawalpindi Test 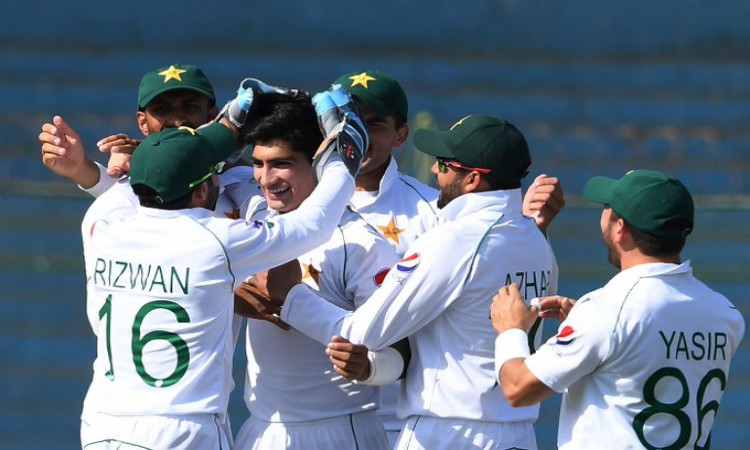 Rawalpindi, Feb 10:  Pakistan on Monday rode on brilliant bowling performances from Yasir Shah and Naseem Shah as they defeated Bangladesh by an innings and 44 runs in the first Test of the two-match series at the Pindi Cricket Stadium.

Resuming Day Four on 126/6, Bangladesh needed another 86 runs to avoid an innings defeat. However, they could add just 42 runs before being bundled out for 168 runs in their second innings, thereby conceding a 1-0 lead in the series.

Overnight batsman Mominul Haque could add just four runs to his overnight score before his wicket was picked by Shaheen Afridi. Rubel Hossain contributed with just five as he was also out lbw to Mohammad Abbas. Wicketkeeper-batsman Liton Das was the next to go after scoring 29 runs while Abu Jayed was the last wicket to fall.

On Sunday, Naseem had becone the youngest player to record a Test hat-trick as Pakistan closed in on victory against the visitors. He finished with figures of 4/26 and was adjudged the Man of the Match.

Pakistan had scored 445 runs in their first innings, riding on centuries from Babar Azam and Shan Masood. They had earned a first-innings lead of 222 runs in reply to Bangladesh's 233.

The second match will be played in Karachi from April 5 to 9.