Team Abu Dhabi continued their rampaging run in Abu Dhabi T10 by sealing a last-ball thriller against Delhi Bulls here on Wednesday. With 10 to get from the final two deliveries, the match seemed firm 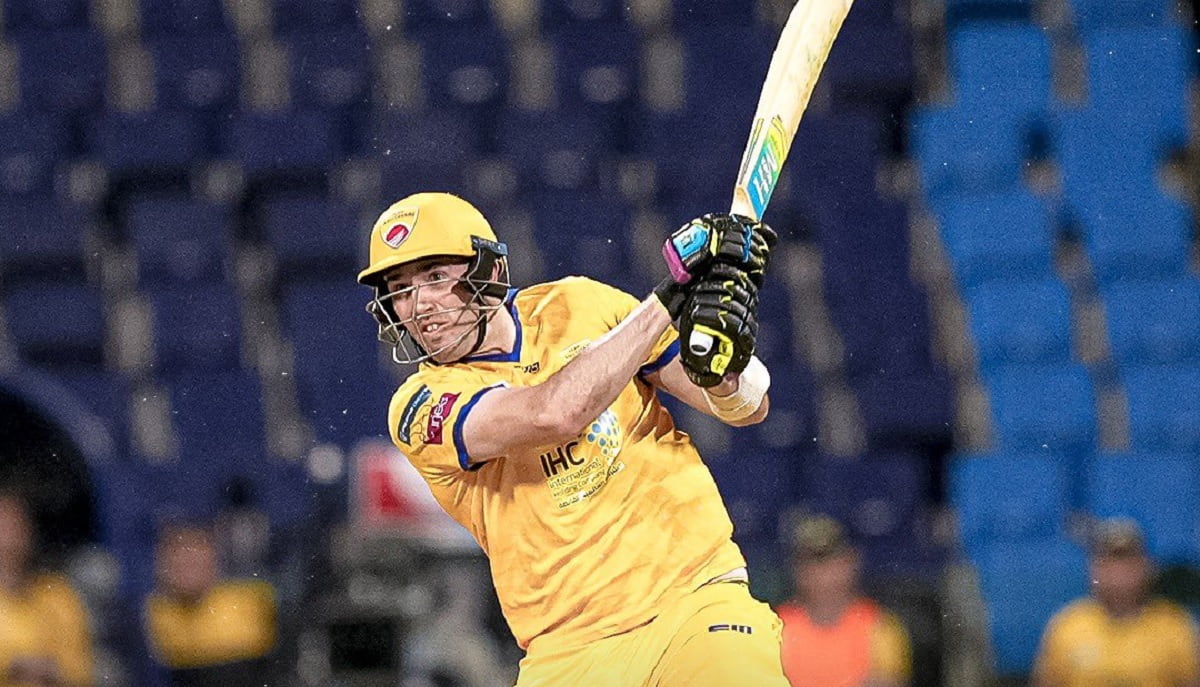 With 10 to get from the final two deliveries, the match seemed firmly in the Bulls' grasp. However, Jamie Overton smashed Bulls skipper Dwayne Bravo for two massive sixes to ensure his team chased down 121 to continue its undefeated run in the competition.

Unlike Monday, there was to be no Stirling-Salt show on Wednesday as the Irish all-rounder was out leg before on the first delivery of the second over by Fazalhaq Farooqi. Phil Salt, however, continued from where he had left in the match against The Chennai Braves and kept the chase alive despite Liam Livingstone struggling with his timing early in the innings. Salt reached his half-century off just 20 balls when he slog-swept Romario Shepherd for his fifth six in the sixth over.

Shiraz Ahmed, who had bowled a good first over, helped Delhi Bulls pull things back with a miserly seventh over by giving away just four runs. Dominic Drakes' double strike of Salt and Livingstone in the next over tightened the screws on Team Abu Dhabi who were left needing 34 from the remaining two overs with two new batsmen at the crease.

Chris Gayle and Overton then took 16 from Farooqi's ninth over, leaving the experienced Bravo to defend 18 runs from the final over. The left-handed Gayle swung the pendulum of the match with a first-ball six in the final over of the chase but got run out in search of a non-existent second on the fourth ball, leaving Overton with the job of finishing the game.

Earlier, the Delhi Bulls openers started strongly, making the most of some wayward bowling by Fidel Edwards and Merchant De Lange to notch up 20 runs in the first two overs. Rilee Rossouw looked threatening in his brief stay but was undone by Liam Livingstone's off-spin in the fourth over. Playing his first match of the competition, Luke Wright showed zero rustiness and hit three of the first four deliveries he faced for boundaries.

Danny Briggs put the brakes on the Delhi Bulls innings by removing Rahmanullah Gurbaz and conceding only four runs in his first over. Briggs' good work was continued by Naveen-ul-Haq in the next over who conceded only nine runs. The pressure applied by Briggs and Haq yielded a wicket when Wright miscued an attempted pull to give De Lange his ninth wicket of the competition. However, after three quiet overs, Shepherd changed the complexion of the innings and blitzed his way to an unbeaten 39 from 11 deliveries. His knock that was studded with 3 fours and 4 sixes took Delhi Bulls to 121 as they managed to score 43 from their last two overs.