Prime Minister Narendra Modi on Tuesday lauded Team India's historic Test series win in Australia, saying the entire nation is overjoyed at the success of the Ajinkya Rahane-led side who showed remarkable energy and passion throughout the Border-Gavaskar Trophy. 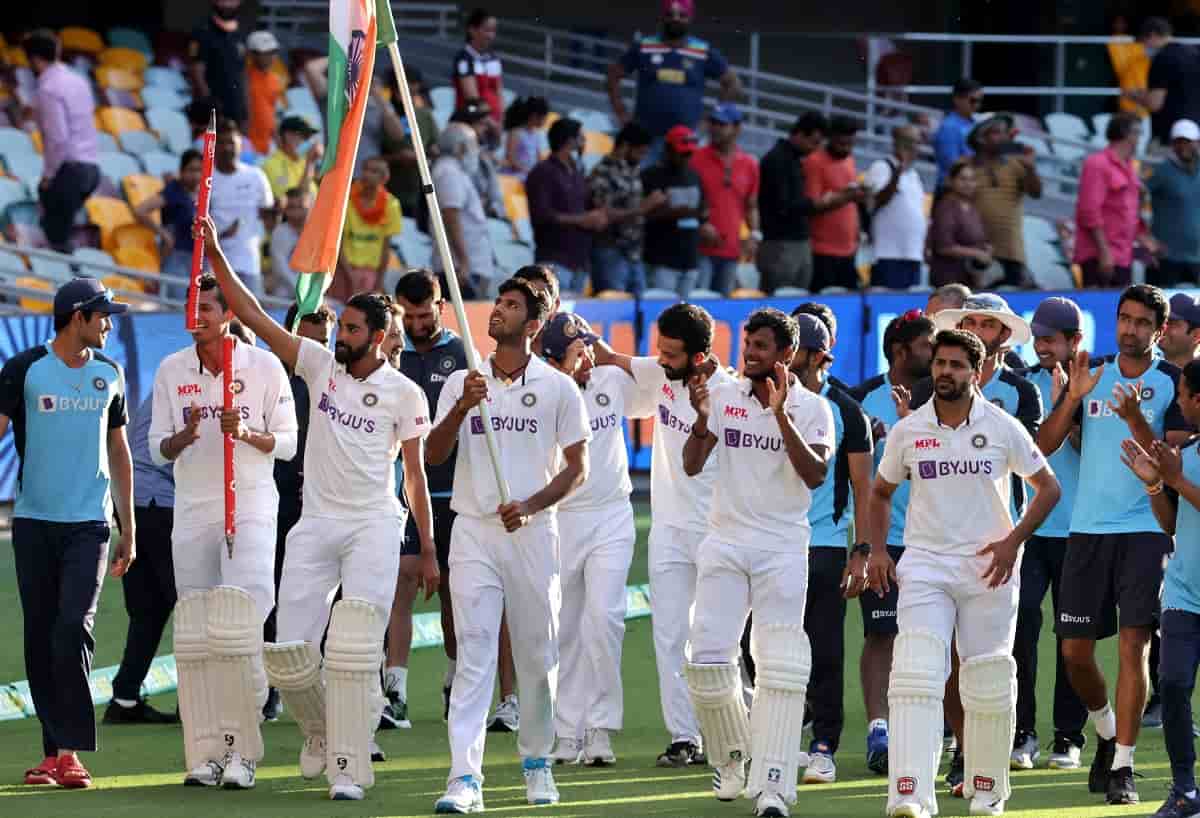 India won the four-match series 2-1 after they registered a thumping three-wicket win in the final Test in Brisbane.


'Don't Know How To Describe This': Proud Rahane After India Beats Australia At Brisbane

Shubman Gill (91), Rishabh Pant (89*), and Cheteshwar Pujara (56) all played brilliant innings as India chased down the mammoth 328-run target on the final day of the Test match, thus breaching Australia's fortress at The Gabba.

We are all overjoyed at the success of the Indian Cricket Team in Australia. Their remarkable energy and passion was visible throughout. So was their stellar intent, remarkable grit and determination. Congratulations to the team! Best wishes for your future endeavours.

Just a remarkable win...To go to Australia and win a test series in this way ..will be remembered in the history of indian cricket forever ..Bcci announces a 5 cr bonus for the team ..The value of this win is beyond any number ..well done to every member of the touring party..

EVERY SESSION WE DISCOVERED A NEW HERO.
Every time we got hit, we stayed put & stood taller. We pushed boundaries of belief to play fearless but not careless cricket. Injuries & uncertainties were countered with poise & confidence. One of the greatest series wins!
Congrats India. pic.twitter.com/ZtCChUURLV