Following their fourth consecutive loss in the ongoing Indian Premier League (IPL) season, Rajasthan Royals skipper Steve Smith has admitted that their batting has not been up to the mark and that's something which they need to address in order to bounce back in the tournament. 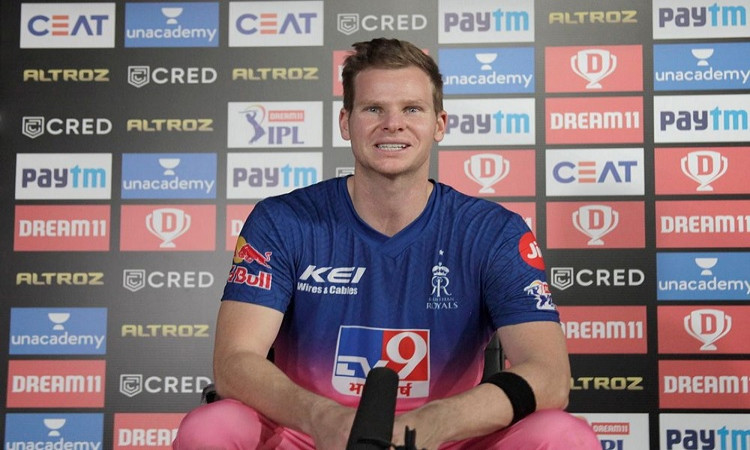 On Friday, Rajasthan suffered a crushing 46-run defeat against Delhi Capitals. They did well to restrict Delhi Capitals to 184/8, presumably a below-par score at the Sharjah Cricket Stadium. However, the batters couldn't rise to the occasion and all the team could manage was 138 before being bowled out in the 20th over.

"It's been difficult four games for us. We've not been able to get in the performances under pressure and that has hurt us. We bowled and fielded well for large parts of the game against Delhi and that's a positive for us," said Smith as per a release issued by the franchise.

"Our batting needs to click for us, we have not been able to get a good start in our four games and the top four just haven't been able to score a lot of runs in games, which has been detrimental for us and we'll have to address that and try to bounce back from this situation," he added.

The Rajasthan captain further called on his team, currently lying at the seventh spot in the points table, to come out with their "best show" against SunRisers Hyderabad in their next game scheduled to be played on Sunday in Dubai.

"The games are coming in thick and fast so we need to adjust quickly and put on our best show against a strong Sunrisers team who've got a good overall team, we'll have to be at our very best to beat them," the 31-year-old said.