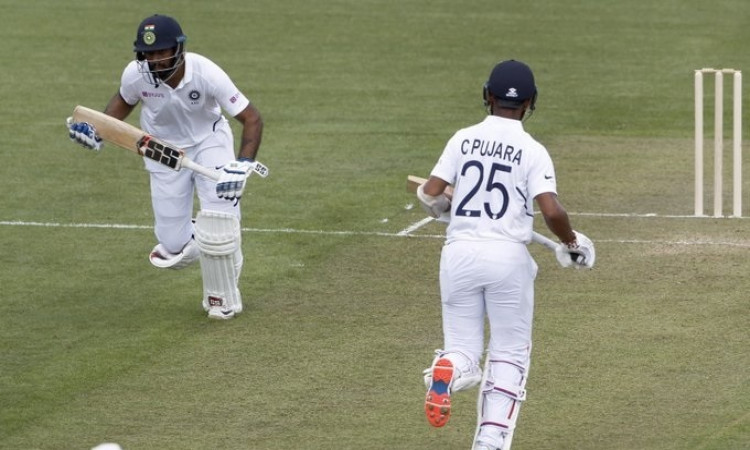 Hamilton, Feb 14:  Shubman Gill and Prithvi Shaw, who are expected to fight it out for the opener's slot in the first Test against the Black Caps, on Friday came out with disappointing performances as they were out for a duck each during the ongoing three-day practice game against New Zealand XI.

The wickets of both Shaw and Gill were taken by Scott Kuggeleijn at the Seddon Park on the first day of the practice game. While Shaw was out in the very first over after facing just four deliveries, Gill - who came out to bat the No. 4 spot - went back to the dressing room on the very first ball he faced.

Mayank Agarwal, who is set to open for India in Wellington, also didn't have a great run as he could score just one before getting out by Kuggeleijn.

However, Hanuma Vihari scored a gritty hundred and alongwith Cheteshwar Pujara, shared a 195-run stand for the sixth wicket and took India out of hot waters, who at one stage were struggling at 38/4.

While Pujara scored 93 runs before getting out by Jake Gibson, Vihari retired hurt after scoring 101, which included 10 fours and 3 sixes.

Rishabh Pant and Wriddhiman Saha, who would be fighting it out for the lone wicketkeeper spot for the Wellington Test, also couldn't score big. While Pant scored 7, Saha didn't trouble the scorers and could manage a duck.

Ajinkya Rahane, who had scored a hundred in the unofficial Test, also couldn't contribute much and was out after scoring 18. Ravindra Jadeja and Ravichandran Ashwin could pile just 8 and 0 respectively while skipper Virat Kohli didn't come out to bat.

India were bundled out for 263 in 78.5 overs when umpires called Stumps.