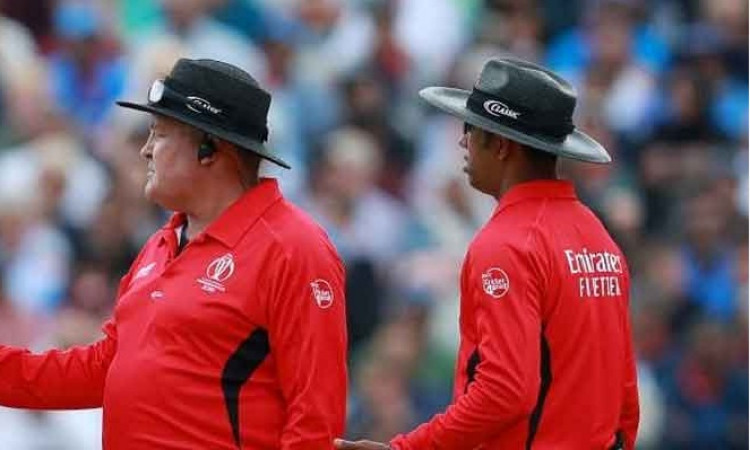 July 12 (CRICKETNMORE) Sri Lanka's Kumar Dharmasena and South Africa's Marais Erasmus will be the two on-field umpires for the
World Cup final, the International Cricket Council (ICC) said in a statement on Friday.

Following the conclusion of the two semi-finals, announcing the officials for the final to be played between New Zealand and England at Lord's on Sunday, the ICC said it will have Australian Rod Tucker in the third umpire's chair and Pakistan's Aleem Dar as the fourth official.

Ranjan Madugalle of Sri Lanka will be the match referee.

All the officials appointed for the final were also selected for either of one of the semi-finals.