Obed McCoy Credits IPL For Bringing His Career 'Back On Track'; Hopes CPL Will Take To 'Next Level' 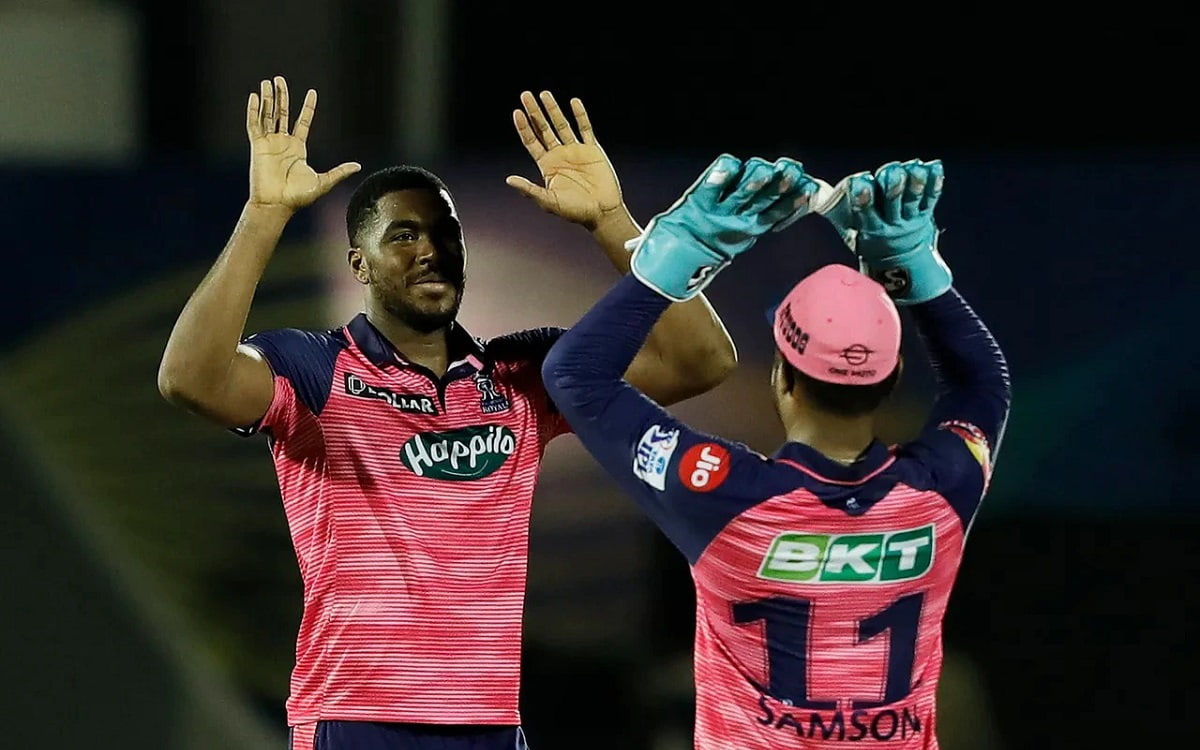 With 16 wickets in his last 10 T20Is since making headlines by playing a crucial role for IPL franchise Rajasthan Royals in runners-up finish at IPL 2022, left-arm pacer Obed McCoy is raring to go ahead of the 10th season of the Caribbean Premier League (CPL).

The 25-year-old has switched sides this season, having previously represented St Lucia Kings and will be featuring for the Barbados Royals, a team he also represented in the inaugural season of THE 6IXTY, which wrapped up on Sunday.

"It's obviously a new franchise for me but I've settled well into the team because there are a lot of familiar faces in our camp. It's like a continuation from the IPL itself, and I am glad that the franchise has again put their faith in me. I feel at home here and that helps me in approaching games with confidence," said McCoy in an official release by the franchise.

Having missed out on the IPL trophy earlier this year, McCoy has already set his eyes on the CPL title. "We're here to win the CPL and my plan will be to keep going out there and take wickets to get the team over the rope."

"With wickets in the Caribbean, you know that the majority will be spin tracks, so I think that will play a role. I think for batters it will be about getting in and making the most of it, while for the bowling team, the middle overs will be crucial. Having said that, we need to tick all the boxes and adjust to the conditions each time we go out there."

The Royals will also have new captain David Miller joining the squad later in the tournament, with Kyle Mayers serving as his deputy, and McCoy has shared his thoughts on what the fans can expect from the South African great.

"It is something that is relatively new to him, but seeing him, I think it's a job that fits him. He's a really experienced player and I'm sure he's always learning, which applies to captaincy as well. He's been in exceptional form of late and we are hoping he can lead us from the front with passion and help the team in doing the best."

It was Miller's Gujarat Titans who defeated McCoy's Rajasthan Royals in the IPL 2022 Final, and McCoy says he 'will definitely have a chat about it, but he (Miller) was in great form and credit to him.'

An impressive IPL season, followed by decisive performances for the West Indies, including taking six wickets against India in the second T20I, has elevated McCoy's stature as an international bowler. But the wily left-armer does not want to change anything.

"Well, I don't put pressure on myself. At the end of the day, it's about trusting my abilities and executing. When I'm on a cricket field, I don't think about the outside noise. I just let my skills do the talking. I don't try to think too much about taking wickets, and my aim is to just contain and put pressure, it's inevitable for the wickets to come after that."

With new goals in his sights, McCoy will be one of the key bowlers in the Barbados Royals' line-up alongside Jason Holder and Oshane Thomas. He is already relishing the opportunity to be a vital cog in the wheel.

"I'm really excited for this season. I think those couple of months (IPL) really got my career back on track, and I just want to continue evolving as a player, understand the game better and just work my way up to the top as much as I can starting with helping my team win the CPL trophy."