New Zealand fast bowler Kyle Jamieson was on Tuesday fined 25 per cent of his match fee and slapped with a demerit point for throwing a ball in the direction of Pakistan's Faheem Ashraf while fielding in the first Test between the two sides. 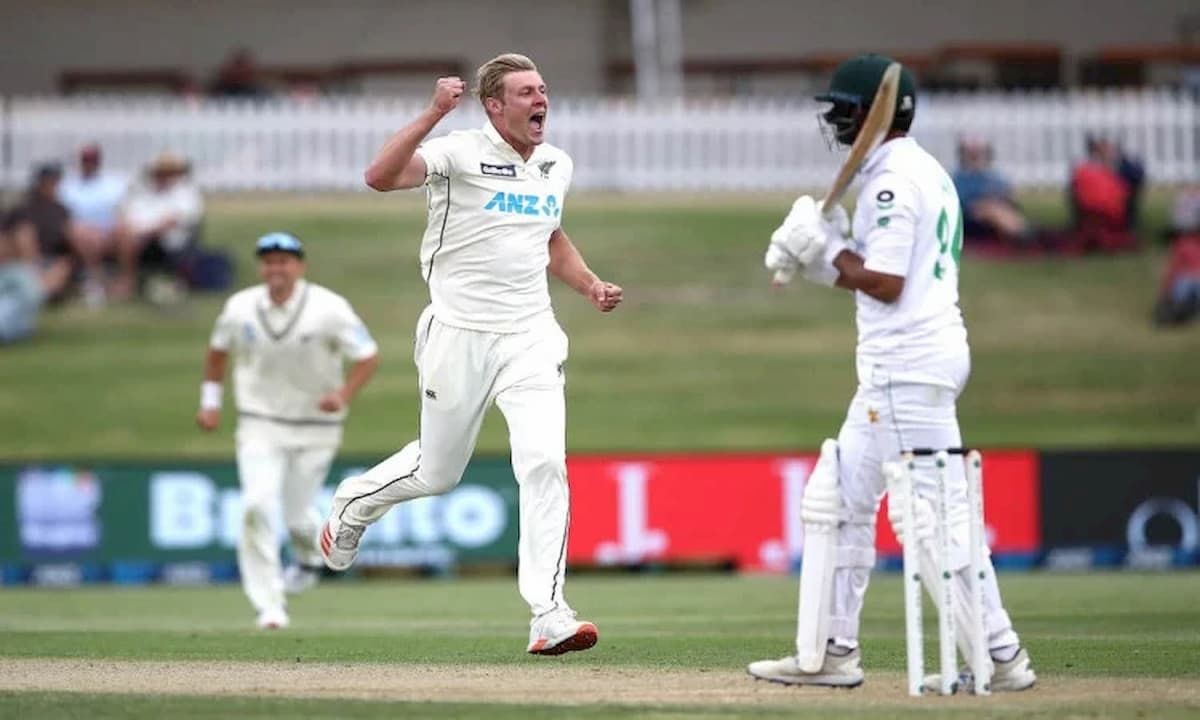 "Jamieson was found to have breached Article 2.9 of the ICC Code of Conduct for Players and Player Support Personnel, which relates to throwing a ball at or near a player in an inappropriate and/or dangerous manner during an international match," said the International Cricket Council (ICC) in its statement.

"In addition to this, one demerit point has been added to the disciplinary record of Jamieson, for whom it was the first offence in a 24-month period," it further said.

The incident occurred in the 75th over of Pakistan's first innings on Monday, when Jamieson, after fielding the ball on his follow-through, threw it in the direction of Faheem Ashraf at high speed when the batsman was away from the stumps but within the popping crease and not intending to take a run.

"Jamieson admitted the offence and accepted the sanction proposed by Jeff Crowe of the Emirates ICC Elite Panel of match referees and ratified by the ICC Cricket Operations department as per the COVID-19 interim playing regulations. There was no need for a formal hearing," said the ICC.