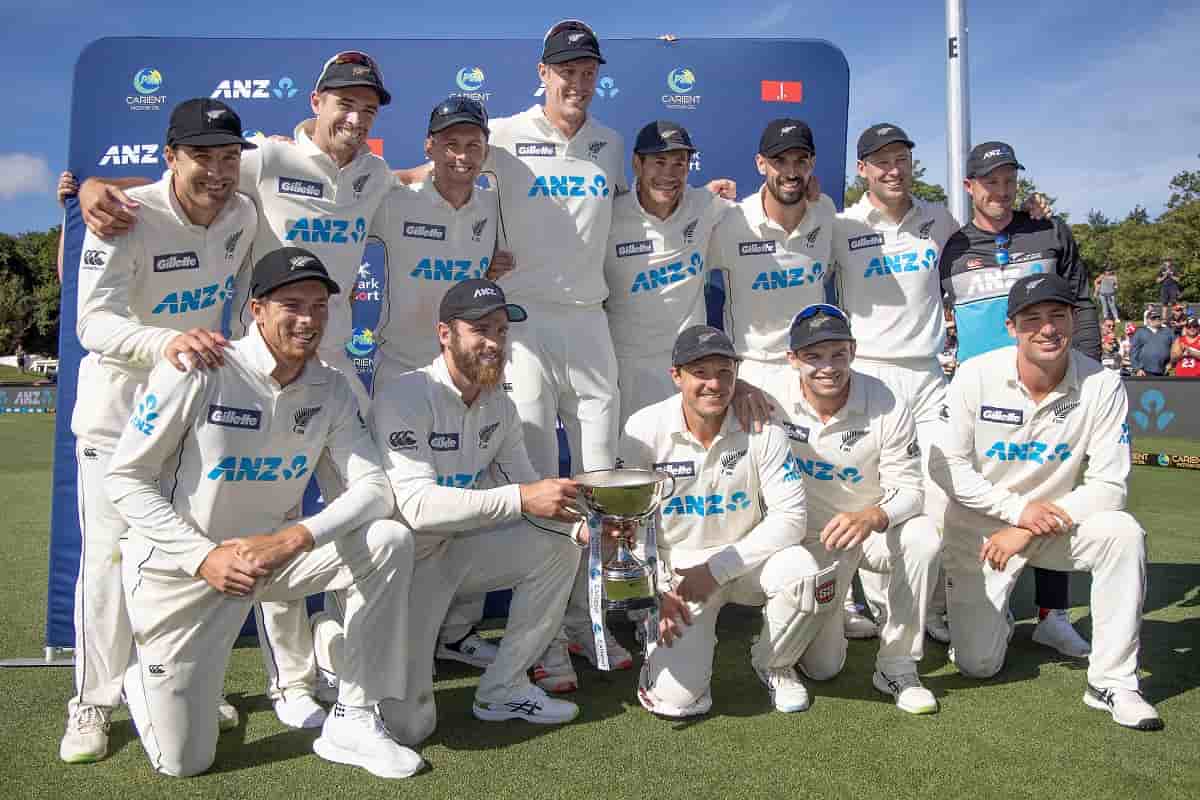 Jamieson was near unplayable in Pakistan's second innings in Christchurch, finishing with six for 48 to go with his five for 69 in the first innings, as Pakistan were all out for 186 during day four's final session to give New Zealand victory by an innings and 176 runs.


SA Vs SL, We Missed Our Injured Players: Dimuth Karunaratne

The win, which saw them sweep the series 2-0, also confirmed New Zealand had overtaken Australia as the world's number one Test side.

Pakistan resumed the day at eight for one, needing to bat for the better part of two days to salvage a draw but they were never in the hunt.

Trent Boult captured the first wicket when he had nightwatchman Mohammad Abbas out for three in the fifth over and after that the day was mainly about Jamieson, who recorded his best match performance.

Although he is the junior member of a pace attack headed by higher-ranked veterans Tim Southee and Boult, the 26-year-old has rapidly advanced to playing a senior role.

In his sixth Test after making his debut against India 10 months ago, Jamieson has taken 36 wickets at a stunning 13.27 average and with four five-wicket hauls to his credit.

After Abbas departed, Abid Ali and Azhar Ali looked to be laying the ground work for a solid third-wicket stand and moved the score to 46 when the 2.3 metre (6ft 8in) Jamieson went to work and removed Abid Ali for 26.

After using his height to create extra bounce and force Abid Ali on to the back foot, Jamieson whipped up a fuller delivery and the batsman's attempt to switch to a drive was sliced to backward point where substitute Will Young took a one-handed, diving catch.

In a potent middle session, Jamieson had Haris Sohail and Azhar Ali caught behind, and bowled Pakistan captain Mohammad Rizwan as he moved through his repertoire.

Sohail did not get his feet moving as he poked at a rising delivery on 15 and was caught behind.

Azhar attempted to take the fight back to Jamieson, moving into a short delivery and pulling it through mid-on for four as he advanced to 37.

Azhar did not add another run as Jamieson responded with a ball that reared up towards the ribs and it was gloved to the wicketkeeper.

Rizwan was bowled for 10 by a full inswinger that zipped between bat and pad.

Boult completed the four-wicket session when he dismissed Fawad Alam for 16 and Pakistan were 134 for seven at tea.