A half-century from Ross Taylor in a century stand with Kane Williamson rescued New Zealand from a troubled start on the opening day of the first Test against Pakistan at Mount Maunganui on Saturday. 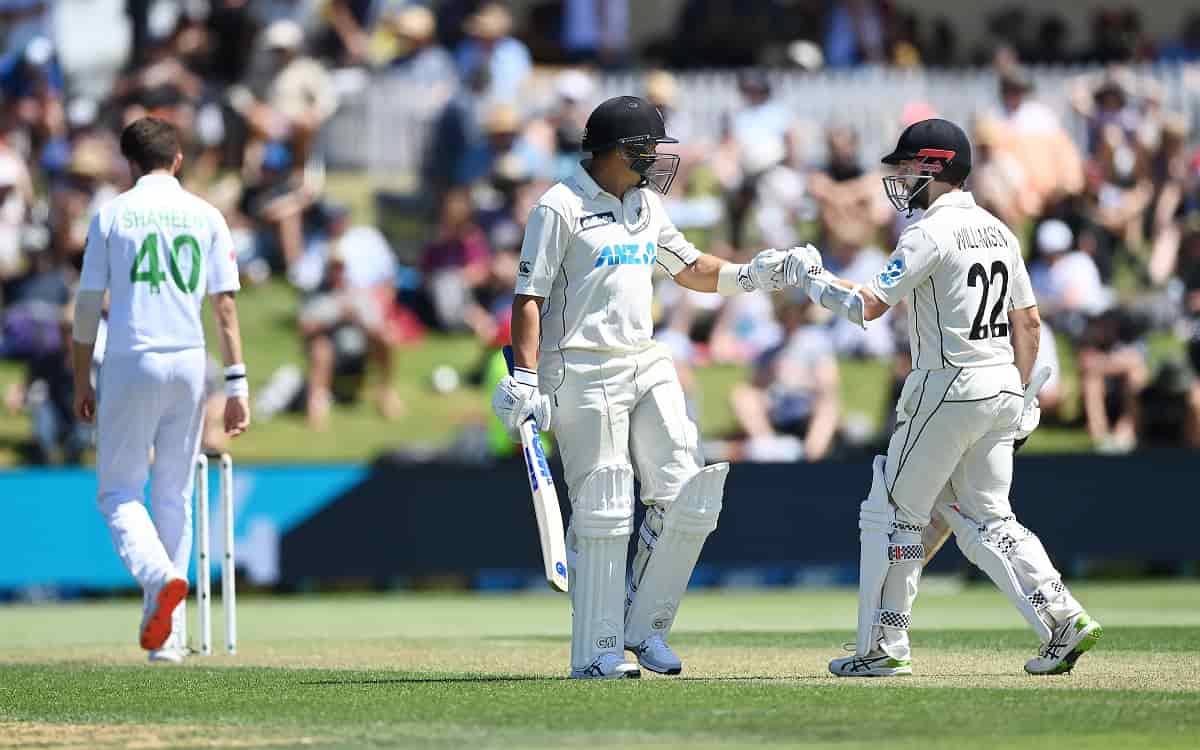 After Shaheen Afridi snapped up two quick wickets to have the Black Caps at 13 for two, the veteran batsmen had lifted New Zealand to 128 for two by tea.

Taylor put his run of modest scores in the recent West Indies series behind him, posting his 34th half-century to be not out for 66.

Williamson needs just one further run for his 33rd half-century.

When Pakistan won the toss and chose to bowl on a typical New Zealand green wicket, Afridi and Mohammad Abbas were immediately on target with a swing and seam session that quickly removed the New Zealand openers.

Afridi accounted for Tom Latham (four) and Tom Blundell (five) with edges to the slip cordon and Abbas, while unsuccessful, was miserly with four maidens in his opening six-over spell.

But the second bowling pair Naseem Shah and Faheem Ashraf were not as threatening, allowing Williamson and Taylor to start lifting New Zealand off the ropes.

Shah was either too full or too short, although he did go closest to disrupting the partnership with a ball that found the edge of Williamson's bat, but Shan Masood could not hold the difficult one-handed chance at second slip.

At lunch, New Zealand were 55 for two and they added a further 63 in the middle session.

Taylor, who is now New Zealand's most capped player with 438 internationals across all three formats after overtaking Daniel Vettori, had a close call on 47.

An inside edge off Abbas shot between his legs and just missed the stumps, but he kept his composure, and four balls later turned Yasir Shah to the fine leg boundary to pass the 50 mark.

Spin is a rarity on day one of a Test in New Zealand when green wickets prevail, but Pakistan captain Mohammad Rizwan turned to Shah in hope of a breakthrough.