New Zealand quick Tim Southee became latest member of the elite 300-wicket club when he dismissed Haris Sohail late on day four of the first Test against Pakistan at Mount Maunganui on Tuesday. 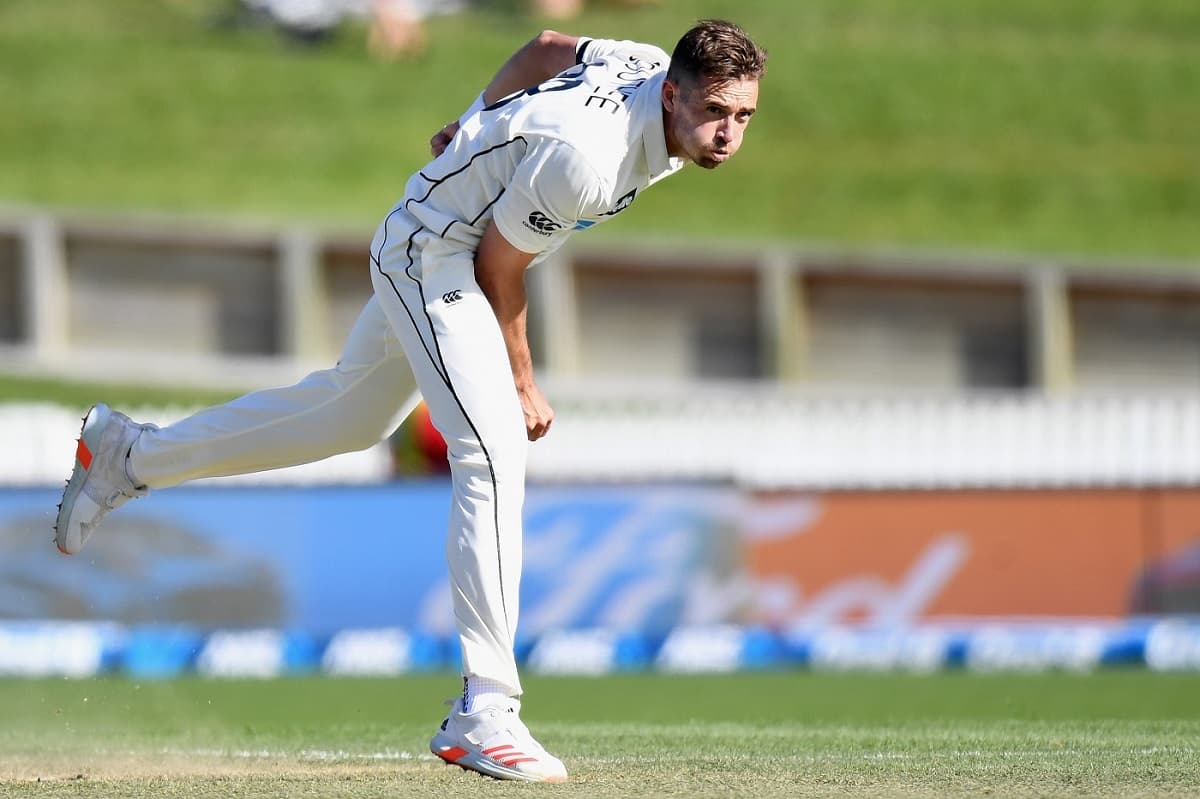 He is only the third New Zealander to reach the milestone, behind Richard Hadlee who took 431 scalps from 86 Tests and Daniel Vettori with 361 wickets in 112 matches.

Globally, the 32-year-old right-armer is only the 34th bowler to reach 300 wickets in the history of Test cricket.

Southee, now in his 76th Test, first played for New Zealand as a 19-year-old when he took five for 55 against England and has since established himself as one of the world's foremost swing bowlers.

He has taken four wickets so far in the first Test against Pakistan who are 37 for three in their second innings chasing a target of 373.

Southee said before the Test that reaching the 300 milestone was not a target but "when you play for long enough those things happen."

His best performance was seven for 64 in Bangalore eight years ago, the most successful return for a New Zealand bowler in India.