NZ vs BAN: New Zealand spots the final berth after defeating Bangladesh in the fifth T20I of the Tri-series at Christchurch on Wednesday. Chasing a big total of 208 runs Bangladesh was reduced to 160/ 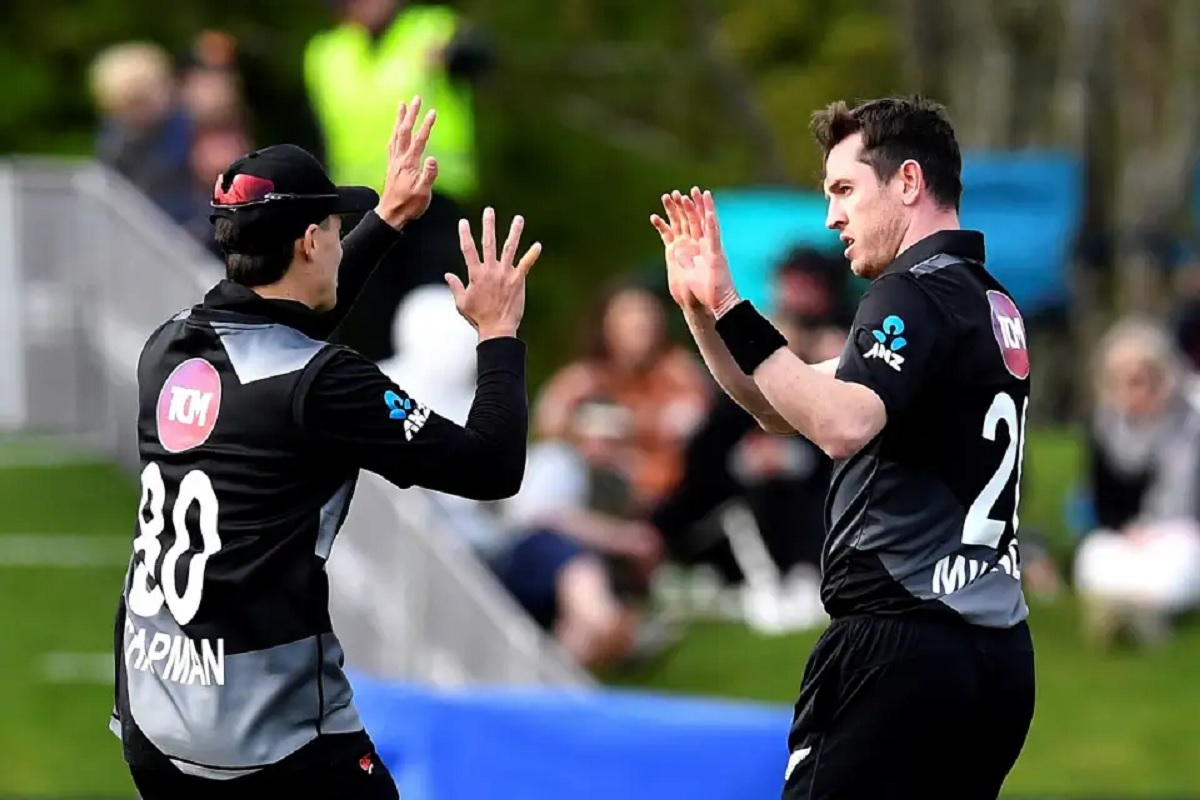 NZ vs BAN: New Zealand spots the final berth after defeating Bangladesh in the fifth T20I of the Tri-series at Christchurch on Wednesday.

Chasing a big total of 208 runs Bangladesh was reduced to 160/7 which resulted in them 48 runs loss.

Bangladeshi batters got a decent start, Litton Das (23) and Soumya Sarkar (23) managed to make some runs in the powerplay.

Soon after Litton's collapsed, Shakib Al Hasan played the captain's knock. The all-rounder was able to top-score the batting chart with 70 runs off 44 balls with 8 fours and a six.

The rest of Bangladesh's batting collapsed early and the team was only able to get 160/7 on board till the end of 20 overs.

The home team New Zealand bowled exceptionally well from the start till and end with low economy and wickets at regular intervals.

Adam Milne grabbed 3/24, and Tim Southee and Michael Bracewell were able to put down two wickets each and led the Kiwi side to secure a place in the final of the three-nation series.

Earlier in the first inning star batter, New Zealand came to bat first after losing the toss. With their regular captain Kane Williamson not playing in this match, Tim Southee was given the charge to lead the side, and star batter Martin Guptill was included as a frontline batter.

Kiwi openers Finn Allen (32 0f 19) and in-form Devon Conway, who grasped his third fifty of the series, scored 64 runs in 40 balls with 5 fours and 3 sixes giving a good start.

After Allen fell in the fifth over, experience batter Martin Guptill, who was included in the XI in this match also batted well and scored 34 runs in 24 balls (3x4, 1x6).

The New Zealand team was nearing a good total, which was led by Glenn Philips who scored a well-deserved half-century. The swashbuckling batter scored 60 runs in just 24 deliveries with 2 fours and 5 sixes.

Bangladesh bowling remained colorless in this match as only Mohammad Saifuddin (2/37), Ebadot Hossain (2/40), and Shoriful Islam (1/41) were the bowlers who were able to put in efforts and grab some wickets.