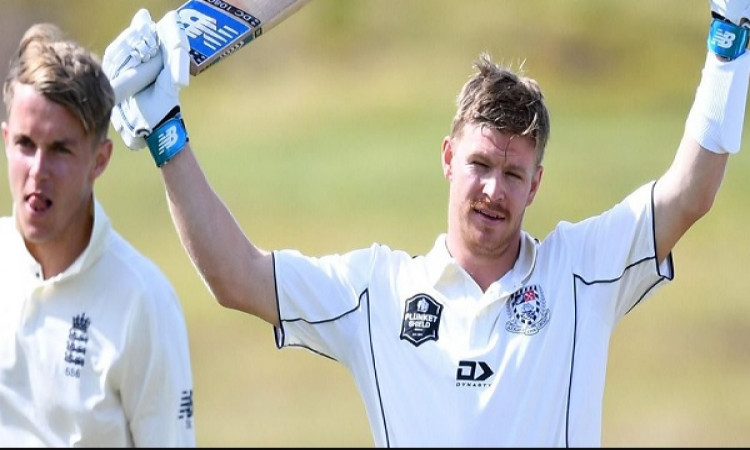 Sydney, Jan 2 . With doubts over Kane Williamson and Henry Nicholls' participation due to illness in the third and final Test against Australia, New Zealand have made an eleventh hour call to uncapped batsman Glenn Phillips for the match beginning on Friday.

"Auckland Aces batsman Glenn Phillips is flying to Sydney this evening as batting cover for tomorrow's third Test against Australia at the SCG, as Kane Williamson and Henry Nicholls continue to battle viral infections," New Zealand Cricket confirmed on their official Twitter handle.

Skipper Williamson and Nicholls were too unwell to train on Wednesday and Thursday, while spinner Mitchell Santner - who was facing the axe regardless, after an ineffectual start to the series - has also fallen ill.

According to stuff.co.nz, Nicholls' health is worse than Williamson's, with the skipper still expected to lead his team in the SCG Test unless his condition worsens noticeably.

"We've obviously got a few balls up in the air at the moment and we want to be on the safe side and have options," New Zealand head coach Gary Stead said.

"Glenn has been in terrific form this season and has good versatility with where he can bat and the roles he can play.

"We're still hopeful Henry and Kane will pull through and we will give them every chance to prove their fitness.

"If one or both are ruled out then we will consider our options and most importantly how they balance the side for this final test," he added.

And thus, Phillips, who has played 11 T20s for New Zealand, has made a last-minute flight across the Tasman as cover for the ill batting duo. In 23 first-class matches he averages 42.54, including four centuries.

Jeet Raval, who was dropped after the Perth Test, is the only backup batsman remaining in the squad, hence Phillips' summons.

New Zealand have already lost the three-match series, suffering defeats by 296 and 247 runs in the first two Tests, respectively.