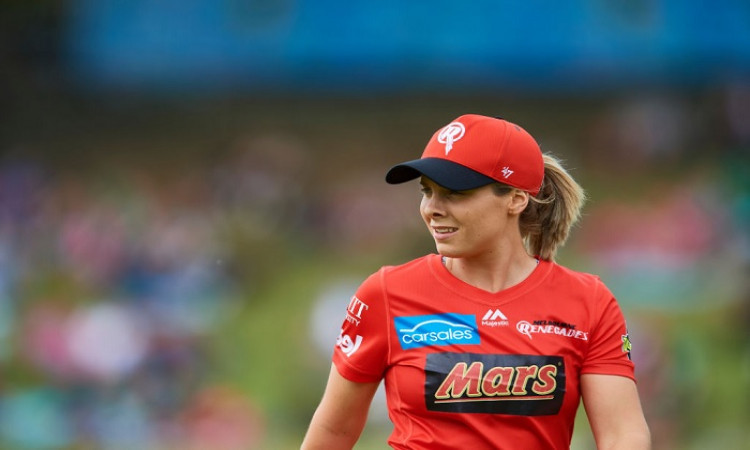 Melbourne, Nov 22: With talks going on about the mental concerns of sportspersons, another Australia cricketer, this time all-rounder Sophie Molineux has requested for a break from the game in order to focus on mental health.

Molineux, who is currently playing for Melbourne Renegades in the Women's Big Bash League, has requested to take some time away from cricket to focus on her mental health and wellbeing.

According to the official website of the WBBL franchise, Renegades have accepted Molineux's request and will make one change to their lineup ahead of this weekend's derby fixture at Eastern Oval in Ballarat against the Stars.

"Sophie knows her teammates and the Renegades coaches and support staff are always there for her. We'll give Sophie the time, space and any support she needs," Coyle said.

Molineux has represented Australia in one Test, three ODIs and 17 T20Is.

Recently, England all-rounder Moeen Ali had stated that there's too much of cricket being played at the moment because of which players are becoming mentally tired.

"There's so much cricket played at the moment. Mentally, you become tired. You feel drained up doing the same warm-up and other things while playing the game," Moeen told IANS.

"We do have a life outside cricket. We have our families. I think, at present there is too much of international cricket. Cricket is a difficult sport. So, I think it's very important to come out, take a break and then go back strong," he added.