Not Having Taylor At First Slip Will Be Slightly Different, Says Tom Latham 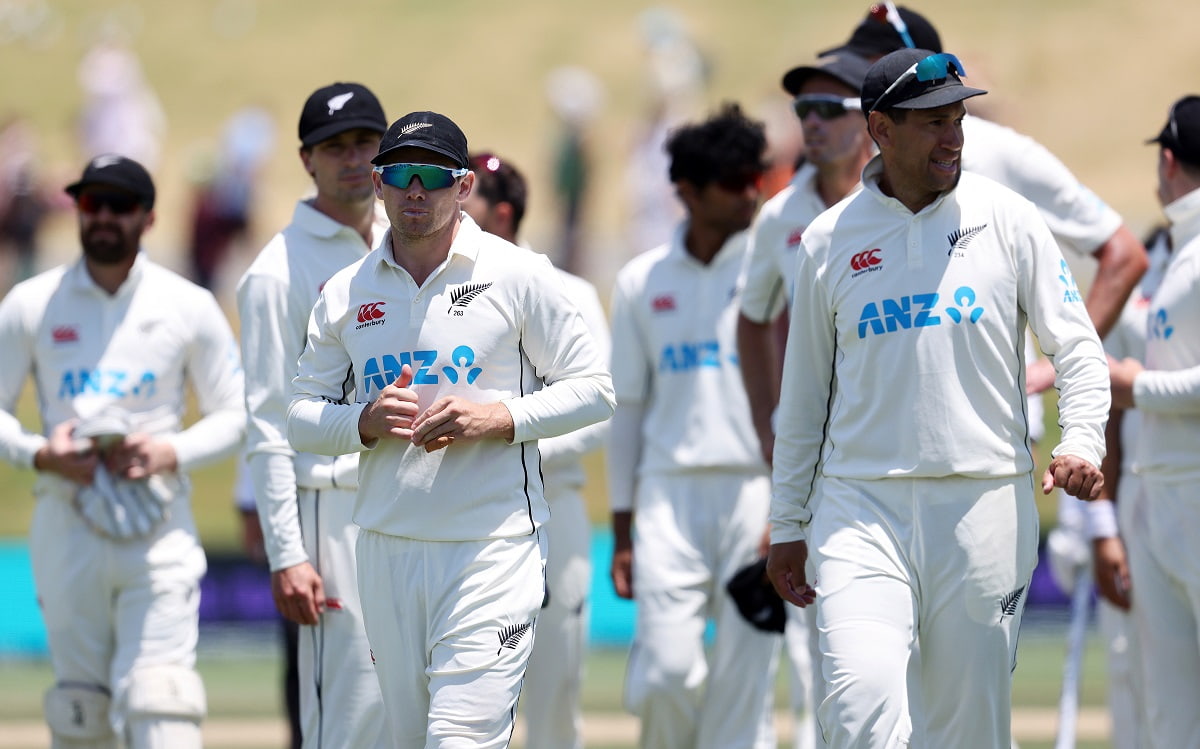 New Zealand opener Tom Latham said it will be slightly different to not see Ross Taylor at first slip or dressing room in the Test team. At the same time, he added that Taylor's retirement from Test cricket gives the youngsters in the squad an opportunity to fill the void left by the veteran batter.

With 7,683 runs coming at an average of 44.66, including 19 centuries and 35 half-centuries, Taylor has retired as New Zealand's leading run-getter in Tests after 15 years and 112 Tests.


Justin Langer Gets The Backing Of Ponting, Waugh For Contract Extension As Head Coach

In the second Test against Bangladesh at the Hagley Oval in Christchurch, Taylor took the final wicket of Ebadot Hossain to seal a victory for the Blackcaps and script a fantastic finish of his career in the longest format of the game.

"He's someone I've played the most cricket with in New Zealand. To not have him at first slip, or in the dressing room will be slightly different, and take a bit of adjusting for the first two games. Having someone that has had such an amazing career over so many years, performing in conditions all around the world against all oppositions will be a huge adjustment. I guess now (his retirement) presents an opportunity for other guys to follow through, an exciting opportunity for someone else as well," said Latham on SENZ Mornings show.

With New Zealand's next Test assignment coming against South Africa at home next month, Latham is hoping that regular captain Kane Williamson will be available for the two-match series. Williamson, side-lined with an elbow tendon injury, has been undergoing rehab for the same since December.

"When we last saw him, it sounded like he was tracking reasonably nicely, so fingers crossed he is back out soon. We've still got a little bit more time before the next Test match against South Africa, so fingers crossed his rehab can go well and he is able to get back out there. Obviously, he is a massive member of our group, and skipper as well, so we're hopeful we can have him back for the series."

Latham was appreciative of Will Young stepping up to do a good job as an opener. After impressing with an 89 against India in Kanpur, Young notched up scores of 52, 69 and 54 in the recent home series against Bangladesh.

"He (Young) has had a great start since coming in. He's sort of been the back-up batter for a while, but the opportunity that he has taken at the top of the order over in India, and over here against Bangladesh has been great. As someone who grew up in the middle of the order, making the shift up to opening, he's been outstanding.

"Played all around the wicket, off the back and front foot, so he's building a nice foundation at the top of the order as well. He's an exciting player to watch, certainly taking his opportunities."