New Delhi, April 28:  All-rounder Dwayne Bravo said that he has never got the kind of family atmosphere that he gets with Chennai Super Kings when he plays for any other team. In a clip from an Instagram live chat with the Indian Premier League franchise that the team later tweeted, Bravo said that you get a "sense of that family atmosphere" as soon as you join CSK. 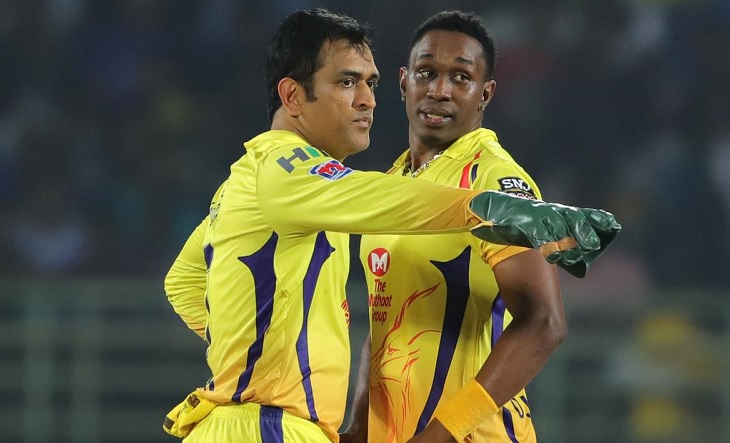 "You are welcomed here like an extended family. I have played with a lot of teams, but I don't think we will get another team or another environment like Chennai Super Kings," he said.

Bravo has led the Carribean Premier League side Trinbago Knight Riders to three titles, making it the most successful team in the league. He said that one of the reasons for that is he tried to bring the CSK culture into the TKR set-up.

"It's important that you have a management team, the owners, the captains understand you. They understand that you don't perform every time but they give you that opportunity to bounce back.

"The good thing with CSK is that it allows everyone to be themselves. We all enjoy each other's success, whoever is performing, we celebrate their performances."