No off days for Ajinkya Rahane, posts workout session video 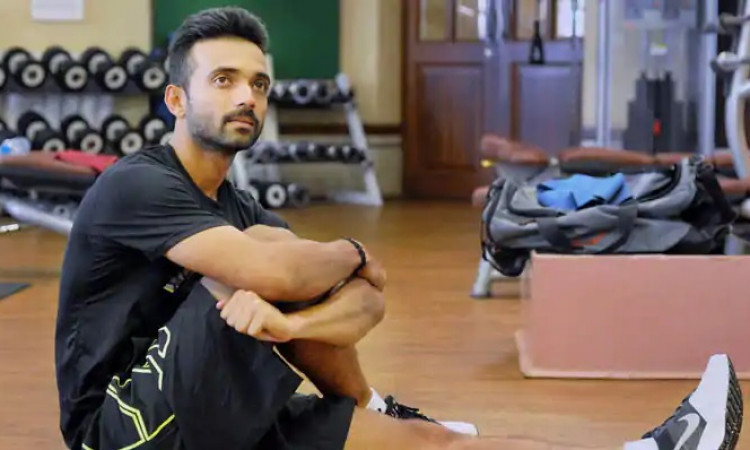 Mumbai, Dec 29: The Indian cricket team under Virat Kohli is always looking to get fitter with no off days being a common goal as far as working out in the gym is concerned.

On Sunday, India's Test vice-captain Ajinkya Rahane posted a video of him working out with a hashtag "NoOffDays, which is often used by Kohli in posts of his gym sessions.

"If you are determined enough, weekdays or weekends are just days in the calendar," Rahane said in the post on his Twitter handle.

Rahane has hit form of late with two half centuries against Bangladesh in Indore and Kolkata, which was India's first Day-Night Test.The middle order batsman also scored a fluent 115 against South Africa in Ranchi in October this year. He is currently playing for Mumbai in the Ranji Trophy. He scored 79 against Baroda in the first match at Vadodara.

If you are determined enough, weekdays or weekends are just days in the calendar. #NoOffDays pic.twitter.com/RKdZiDQybU