Mount Maunganui, Nov 25: New Zealand pacer Trent Boult might miss the second Test against England after experiencing pain on the right side of his ribs on the final day of the first match. 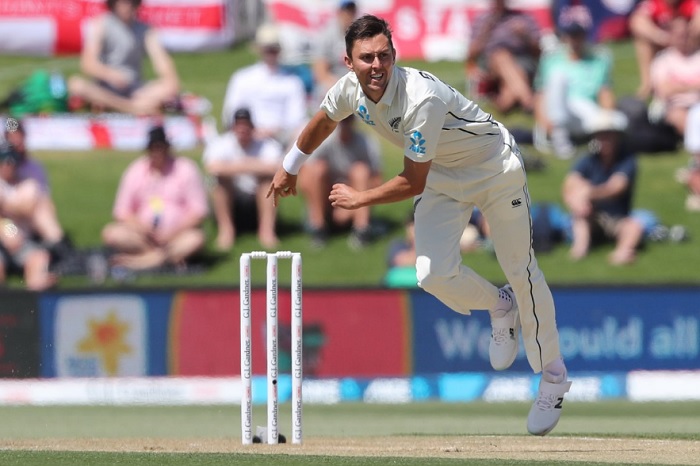 Boult bowled only one over on Day 5 before leaving the field and didn't take further part in the Test which the hosts won by an innings and 65 runs at the Bay Oval on Monday. He will undergo an MRI scan on Tuesday, informed New Zealand Cricket.

In case the left-arm pacer doesn't recover in time, Lockie Ferguson and Matt Henry are the other pace options for the Black Caps for the second Test, which is set to begin at the Seddon Park in Hamilton on Friday.

In the first innings, Boult had bowled 31 overs in which he picked up a wicket, giving away 97 runs.

England were bowled out for 197 in their second innings with left-arm fast bowler Neil Wagner being the chief tormentor. Wagner, who had taken three wickets in the first innings, picked up a fifer, giving away 44 runs in his 19.3 overs.