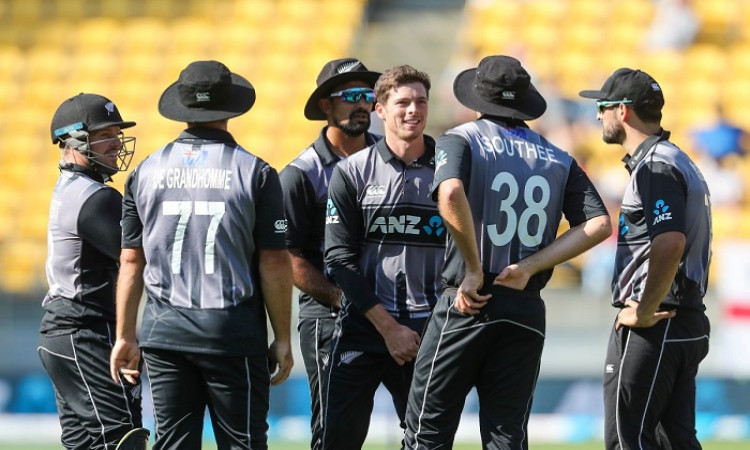 Wellington, Nov 3:  Some quality bowling effort helped New Zealand beat England by 21 runs in the second affair of the five-match T20I series to level the series 1-1 at the Westpac Stadium here on Sunday.

Despite chasing a moderate target, England were jolted at regular intervals and fell short of the target before being bundled out by the Kiwi bowlers at 155 runs.

Put into bat, the hosts lost opener Colin Munro (7) early but his partner Martin Guptill (41) showed resistance with the bat and swiftly propelled his side past the 50-run mark. While the Balck Caps also kept on losing wickets at regular intervals but their batsman -- James Neesham (42) Colin de Grandhomme (28) and Ross Taylor (28) chipped in with some valuable contributions to guide their side to a healthy total.

In return, England were off to a poor start, losing opener Jonny Bairstow, who failed to open his account, in the very first ball of their innings.

Dawid Malan (39) tried his best to put things back in control however, the opener lacked support from the other end as only skipper Eoin Morgan (39) and Chris Jordan (36) were the other contributors while all other batsman faultered against the disciplined bowling attack.

The Kiwi bowlers came all gun blazing against the visitors to make sure their side levels the five-match rubber with three more to go. Mitchell Santner was the wrecker-in-chief for the hosts with figures of 3/25 while Lockie Ferguson, Tim Southee and Ish Sodhi picked two wickets each.

Both the sides will now meet in the third match of the series on Saxton Oval in Nelson on Tuesday.