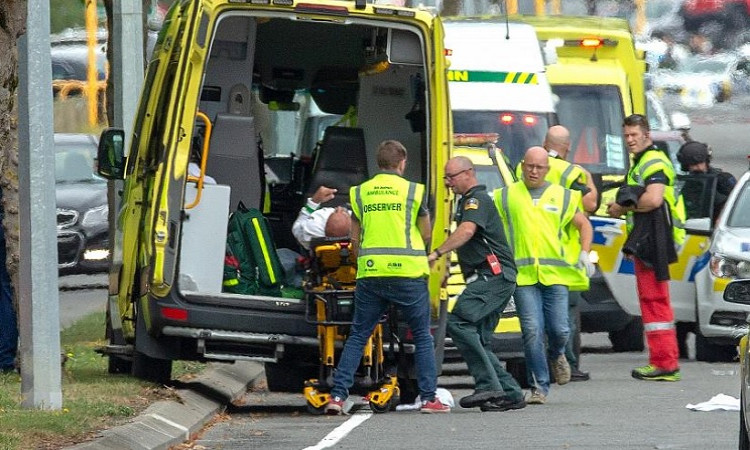 New Delhi, March 15 (CRICKETNMORE):  The third Test between New Zealand and Bangladesh in Christchurch was called off on Friday after gunmen opened fire at two mosques in the city, with the police saying that there were "multiple fatalities".

The decision was made after discussions between New Zealand Cricket (NZC) and the Bangladesh Cricket Board (BCB).

"Our heartfelt condolences go out to the families and friends of those affected by the shocking situation in Christchurch. A joint decision between NZC and the @BCBtigers has been made to cancel the Hagley Oval Test. Again both teams and support staff groups are safe," NZC said in a tweet.

David Richardson, CEO of the International Cricket Council (ICC), also issued a statement on the same.

"Our thoughts and sincere condolences go out to the families and friends of those affected by this horrendous incident in Christchurch. Both teams, staff and match officials are safe and the ICC fully supports the decision to cancel the Test match."

The Bangladesh team had a narrow escape on Friday morning as they were in the vicinity of one of the two mosques where the shootings took place.

The players took to social media to inform fans and family that they were safe and also asked them to pray for the cricketers.

Test captain Mushfiqur Rahim wrote: "Alhamdulillah Allah save us today while shooting in Christchurch in the mosque... We r extremely lucky ...never want to see this things happen again....pray for us."

The shootings took place at the Al Noor Mosque and Linwood Masjid. Police Commissioner Mike Bush said they have arrested four arrested so far but refused to give the number of fatalties.