Netherlands will take on Pakistan in the 2nd ODI of the 3-match series Hazelaarweg, Rotterdam. 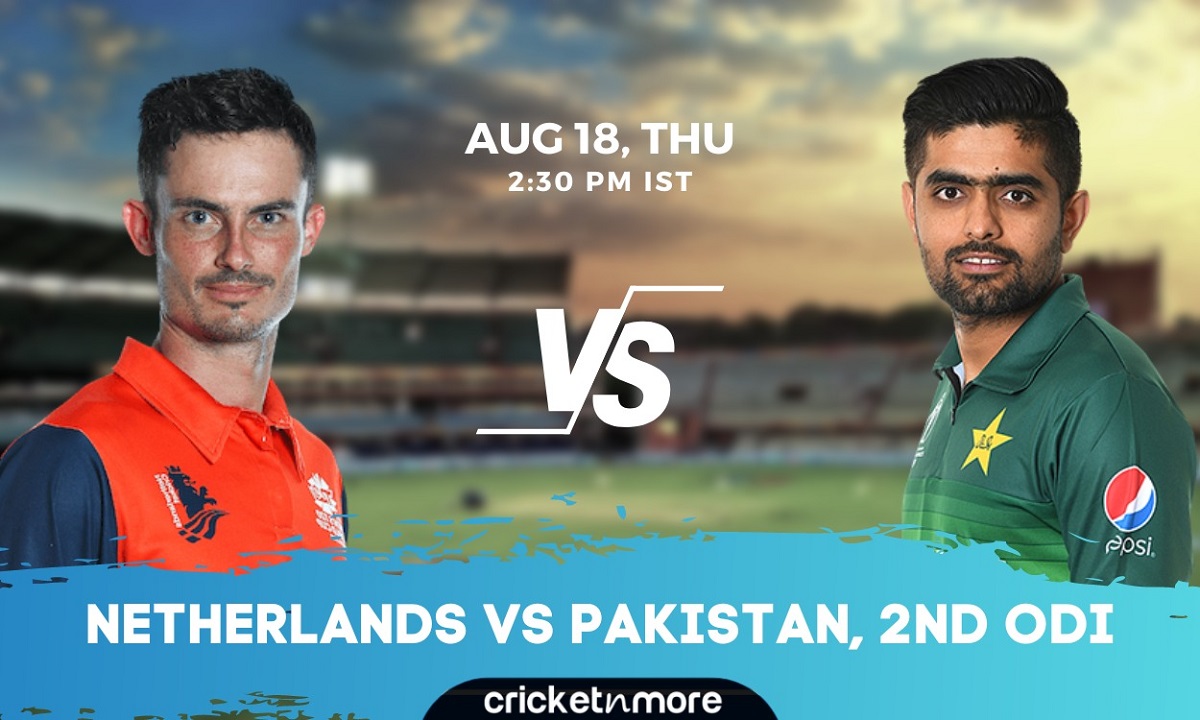 Netherlands will take on Pakistan in the 2nd ODI of the 3-match series Hazelaarweg, Rotterdam

After facing defeat in the first ODI, home team Netherlands will fight against Pakistan to level the series on August 18, Thursday.

Pakistan came to bat first and scored 314 runs with the help of a brilliant century by Fakhar Zahan who scored 109 runs in 109 balls with the help of 12 fours and 1 six. Captain Babar Azam scored 74 runs in 85 balls, while Shadab Khan scored an unbeaten 48 off 28 balls.

The Netherlands, chasing the target, had a poor start but they stabilized after a partnership of 97 runs for the fourth wicket between Vikramjit Singh and Tom Cooper. Vikramjeet scored 65 runs in 98 balls with the help of five fours and Cooper scored 65 runs in 54 balls, which included six fours and two sixes.

Apart from this, captain Scott Edwards scored an unbeaten 71 off 60 balls with the help of six fours and a six. The home team performed brilliantly and scored 298 runs for the loss of 8 wickets but couldn’t able to surprise the home fans.

For Pakistan, Naseem Shah and Haris Rauf took three wickets each, while Mohammad Nawaz and Mohammad Wasim Jr took one wicket each.

Pakistan will start off as favourites to win the 2nd ODI against hosts Netherlands.