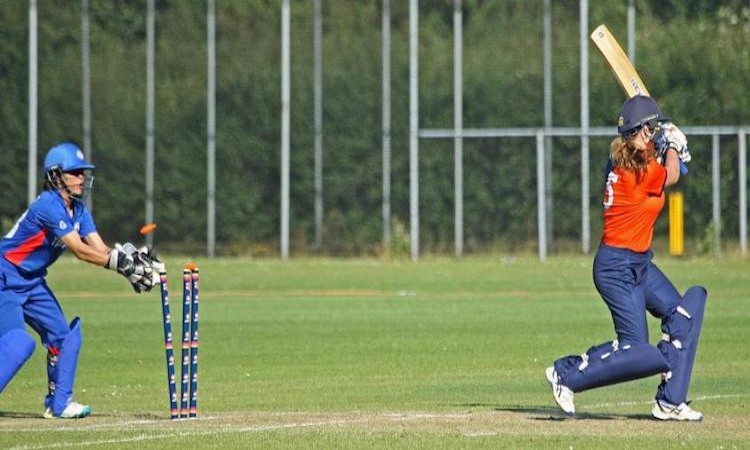 July 10 (CRICKETNMORE) - The Netherlands’ Robine Rijke has been suspended from bowling in international cricket with immediate effect after the Event Panel of the ICC Women’s World T20 Qualifier 2018 confirmed that the fast bowler uses an illegal bowling action.

The 21-year-old was reported by match officials following her side’s match against the United Arab Emirates, which the Netherlands lost by six wickets on Saturday.

Since the matches were not televised, as per Article 3.6.2 of the ICC Illegal Bowling Regulations, Rijke’s bowling action was filmed in the next match she played after being reported, which was against Bangladesh on Sunday. The video footage of her bowling spells were provided to the Event Panel of Mark King and Richard Done, for analysis and assessment.

Following its review, the Event Panel concluded that Rijke employs an illegal bowling action and, as such, in accordance with Article 6.7 of the regulations, she has been immediately suspended from bowling in international cricket.

The Netherlands’ next match is against Papua New Guinea at the VRA Cricket Ground in Amstelveen on Tuesday.