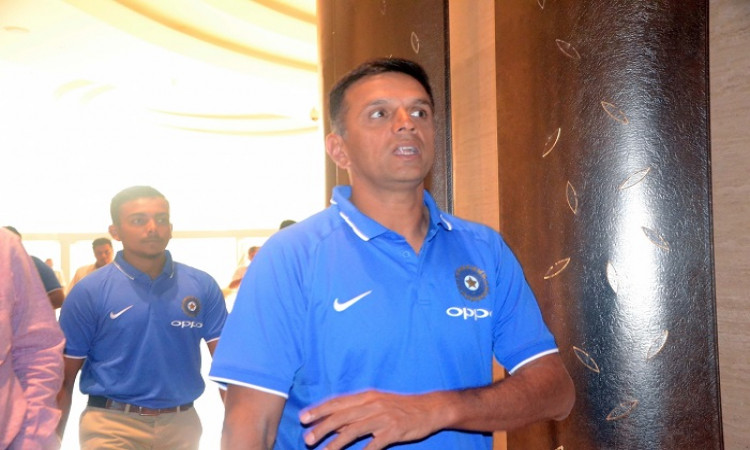 New Delhi, Sep 25: With former India skipper Rahul Dravid set to depose before BCCI Ethics Officer D.K. Jain on Thursday over the conflict of interest allegations levelled against him, it has come to the fore that National Cricket Academy (NCA) head Dravid has not resigned from his position in India Cements. While Committee of Administrators chief Vinod Rai had announced that Dravid had resigned, the official documentation shows that he has only been granted leave of absence by the company for his engagement with the BCCI.

In the letter, accessed by IANS, India Cements Senior General Manager G. Vijayan has clearly mentioned to Dravid that he is being granted leave of absence for an initial period of two years so that he can honour his commitment with the BCCI as NCA head.

"We state to confirm that we have No Objection to your proposed contract with the BCCI in respect of the position of Head of Cricket at the National Cricket Academy as described in your letter.

"We hereby grant you leave of absence from your employment during the term and tenure of your engagement with the BCCI, for an initial period of Two (2) years," the letter read.

CoA chief Rai in a recent interview with a national newspaper had said that Dravid had resigned from India Cements so that he wasn't conflicted.

"In his report, Justice Lodha has given about 20 examples of conflict of interest. So the issues are very clear. We abide by them a 100 per cent. Since you took certain names… Sourav Ganguly is in conflict since he is president of the Cricket Association of Bengal. No dispute about it. Rahul Dravid was (in breach) because he was employed by India Cements. He has been made to stop that. You can check up. There is a resignation," Rai had said.

Madhya Pradesh Cricket Association life member Sanjeev Gupta had complained against the former India skipper citing a conflict in his role as the head of NCA along side being an employee of India Cements.