A total of 13 wickets fell on day one as Australia, led by Lyon's fifer, bowled Sri Lanka out for 212 in their first innings before reaching 98/3 at stumps and trailing by 114 runs. 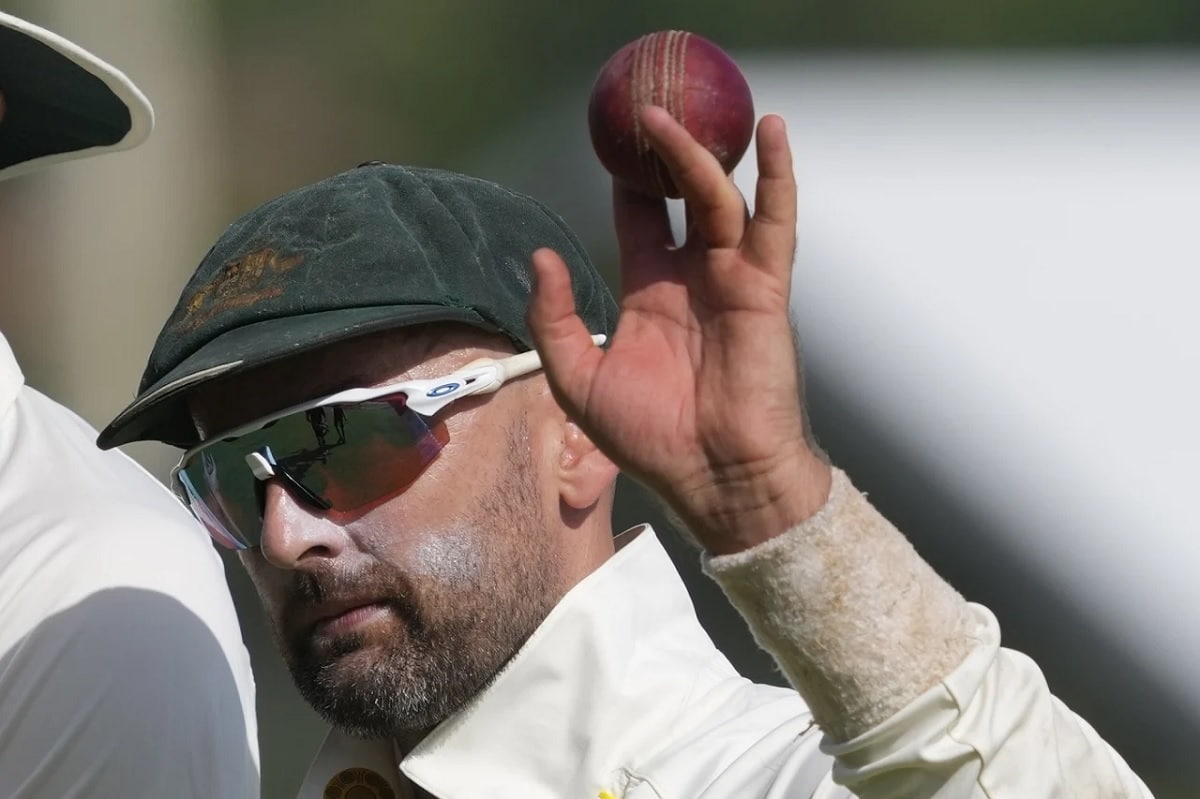 Veteran off-spinner Nathan Lyon's with his brilliant fifer led Australia's dominance over Sri Lanka on the opening day of the first Test of the two-match series, at Galle International Stadium, here on Wednesday.

A total of 13 wickets fell on day one as Australia, led by Lyon's five-for, bowled Sri Lanka out for 212 in their first innings before reaching 98/3 at stumps and trailing by 114 runs.

Earlier Sri Lanka captain Dimuth Karunaratne won the toss and unsurprisingly, chose to bat first. Openrs Pathum Nissanka and Karunaratne got Sri Lanka off to a decent start. Both Cummins and Starc were guilty of bowling a few loose deliveries, which the Sri Lanka openers gladly punished.

Lyon was introduced early but did really bother the pair too much. Cummins though was persistent in his line outside off stumps and it finally reaped rewards when Nissanka (23) edged one to the keeper, breaking the 38-run opening stand.

Kusal Mendis' (3) stay at the crease didn't last long as he played a rash shot and was out caught at slips. Veterans Karunaratne and Angelo Mathews steadied the ship after the two quick wickets and were happy rotating the strike and accumulating the occasional boundary. Together, they took Sri Lanka to lunch at 68/2.

However, Lyon broke through immediately after lunch for Australia, dismissing the dangerous Karunaratne (28) with David Warner taking a brilliant diving catch. His fellow spinner Mitchell Swepson was on a hat-trick a little later, snaring Dhananjaya de Silva (14) and Dinesh Chandimal (0) off consecutive balls.

Niroshan Dickwella came out all guns blazing, smashing Lyon for three fours in an over. However, Cummins persisted with the off-spinner and the decision paid off as he scalped the big wicket of Mathews for 39.

Sri Lanka were in a big spot of bother at 139/6, with the tail exposed. Niroshan Dickwella was the last recognised batter but he got an able partner in Ramesh Mendis, who not only stuck around but also found the ropes to keep the scoreboard ticking. Dickwella, in the meantime, got to his fifty off just 42 balls and the pair took Sri Lanka safely to tea at 191/6.

The break once again came at the perfect time for Australia, who struck in the second over after tea to break the seventh-wicket stand worth 54 runs. Lyon snapped up Dickwella (58) and Lasith Embuldeniya in the next two overs to complete his five-for. Vandersay holed out in the deep as Sri Lanka were all out for 212.

In reply, David Warner was still in white-ball mode when he came out to bat, smacking Asitha Fernando for two fours in the very first over. Lasith Embuldeniya was given the same treatment.

The boundaries kept flowing from the bat of Warner and Usman Khawaja, with Australia going at close at more than five runs an over early on. Ramesh Mendis finally got Sri Lanka the much-needed breakthrough, with the arm-ball trapping Warner (25) in front of the stumps.

It looked like Marnus Labuschagne was set at the crease - he picked Embuldeniya apart for two boundaries before a bizarre reverse sweep brought an end to his innings. A massive confusion between Steve Smith and Khawaja saw the former cover almost three-fourth of the pitch, only to be sent back by the southpaw. Dickwella was quick to the ball and an accurate throw saw Smith back in the pavilion for just 6.

The last five overs of the day was combat by spin, with the ball beating the bat on numerous occasions. But, Khawaja and Travis Head managed to survive the period and remained unbeaten at stumps on day one for Australia.