Pakistan Super League (PSL 2022) kicked off on January 28th, and the second match of the tournament was played between Quetta Gladiators and Peshawar Zalmi, in which Peshwar defeated Quetta in the las 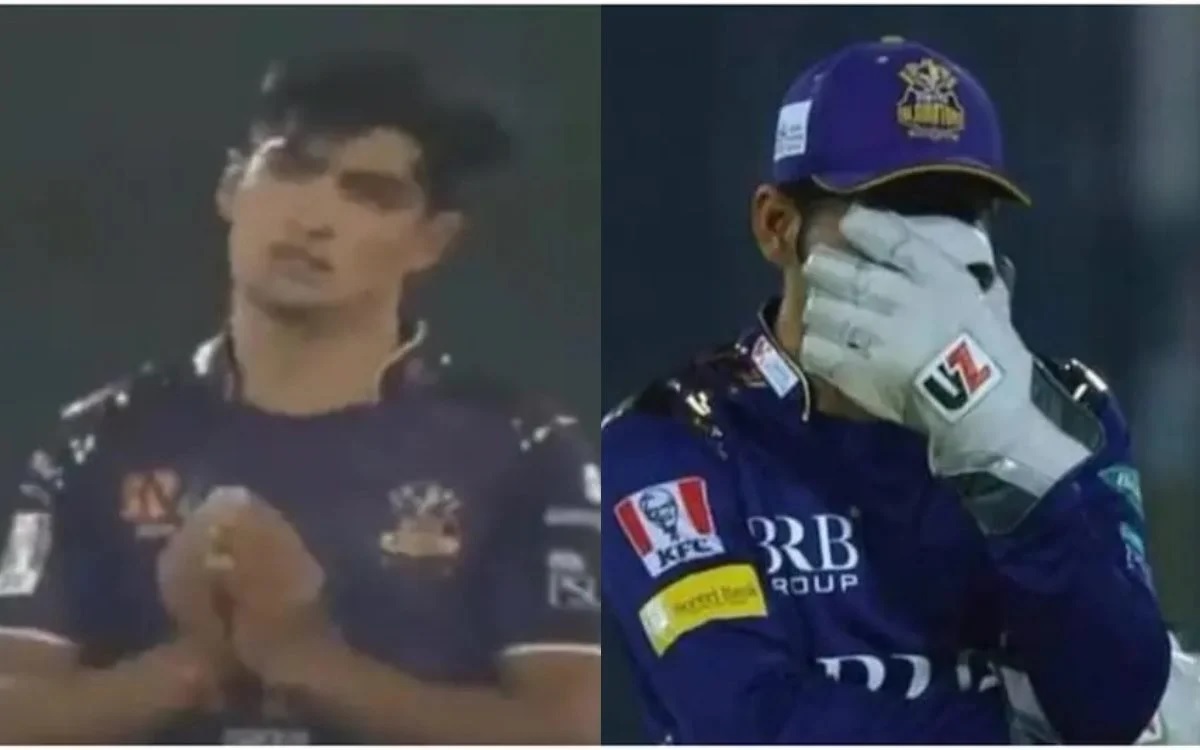 Pakistan Super League (PSL 2022) kicked off on January 28th, and the second match of the tournament was played between Quetta Gladiators and Peshawar Zalmi, in which Peshwar defeated Quetta in the last over to win the thriller. Peshawar Zalmi had a target of 191 runs in 20 overs to win the match, and Pakistani vintage player Shoaib Malik played a fabulous knock to win the match for his team.

During this, Malik thrashed all the Quetta Gladiators brutally. Almost all the bowlers were effectless, but Naseem Shah seemed to be bowling on good lines and lengths and looked to trouble the Quetta batters. Despite performing well with the ball, the bowler didn't receive any support from captain Sarfaraz Khan and Naseem was seen begging Sarfaraz with his hands joined, for a field placement of the bowler's choice.


Mistimed The Shot On Which I Had Full Confidence: Misbah-ul-Haq Speaks On His Scoop Shot In T20 WC 2007 Finals

The video for the same is now getting viral at a huge rate, whereas Sarfaraz is also receiving criticism. This happened in the 16th over of the innings when Naseem Shah came to ball. After bowling three balls, he decided to change the field for the fourth delivery and for the same reason he requested Sarfaraz to bring the fielder at fine leg inside the circle and place a fielder at mid-wicket region.

Sarfaraz didn't pay any heed to this request by Naseem after which the bowler begged with his hands joined, and the video for the same was recorded by the camera-persons.

Naseem Shah was literally pleading Sarfaraz to give him the field he wanted pic.twitter.com/FGKkzNnJNe