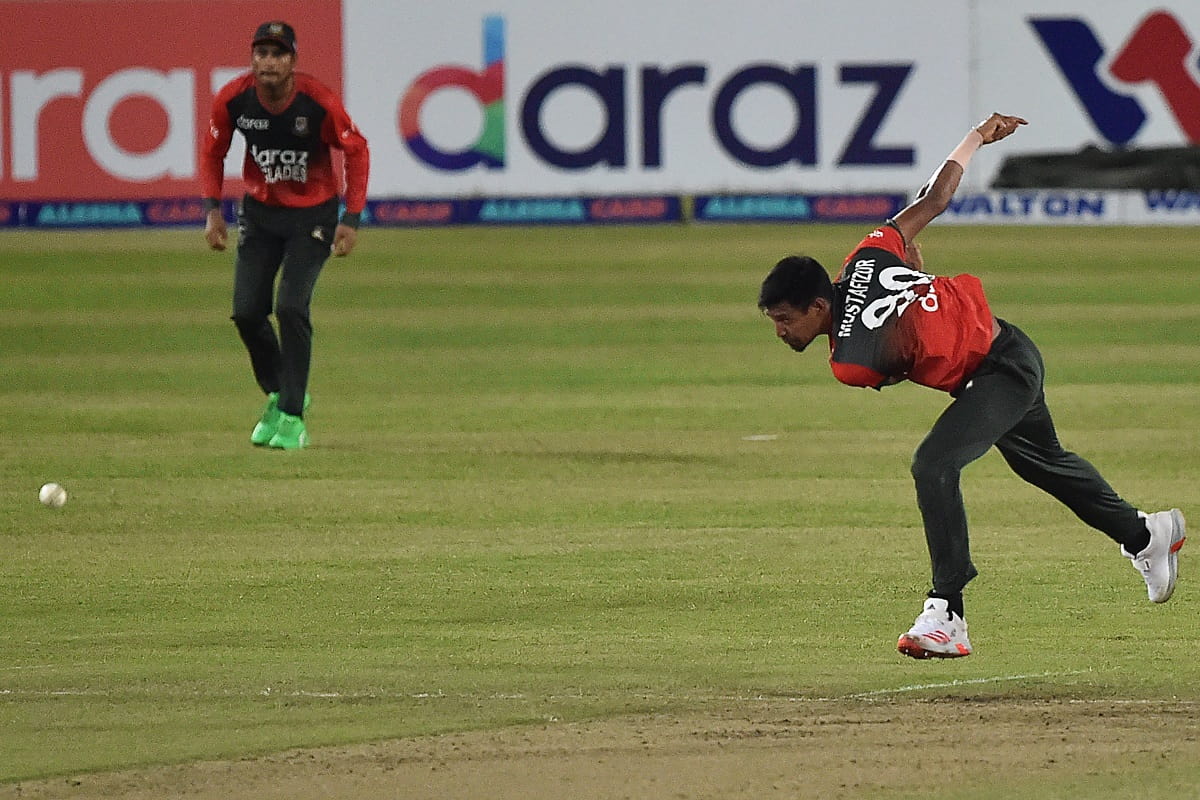 Agar praised the 25-year-old left-arm bowler as "a difficult customer".

"He is really good. His ability to bowl that slow ball, if you watch it in slow motion, pretty much with his wrist and fingers, it is like incredible. Incredible skill," Agar said.

"It's a great slow ball because it's not too slow and it's a lot of revolution, it keeps quite a bit off the surface, might spin a lot or might not, it's super variable. He is bowling a majority of his balls as slow balls that we have to play," he said.

Bangladesh had never previously beaten Australia in a T20 clash. But they defended a total of 131 runs in the first match and 24 hours later raced past a target of 122 set by Australia at the Sher-e-Bangla National Stadium.

Agar said the Bangladesh pitches were very "foreign" to Australian players and it had been hard to judge what a winning score might be.

"After the first game Bangladesh got 131, we thought we bowled well. We were quite confident, to be honest, going out there with the bat. But you can see how much the pitch comes into play," said Agar.

Agar said the defeats had shown Australia have to improve before the Twenty20 World Cup in the United Arab Emirates in October and November.

"We have definitely got some work to do."

Australia lost a five-match T20 series 4-1 to the West Indies in July before bouncing back in the one-day internationals 2-1.

They are missing key players, including the injured Steve Smith and Aaron Finch, while David Warner, Glenn Maxwell and Pat Cummins are among stars who opted out of the West Indies and Bangladesh tours.

The third match of the series takes place on Friday.