Mumbai, Dec 20: Mumbai Indians might have brought Chris Lynn into the family after Thursday's IPL auction in Kolkata, but Jasprit Bumrah and Hardik Pandya remain two of the most integral members o 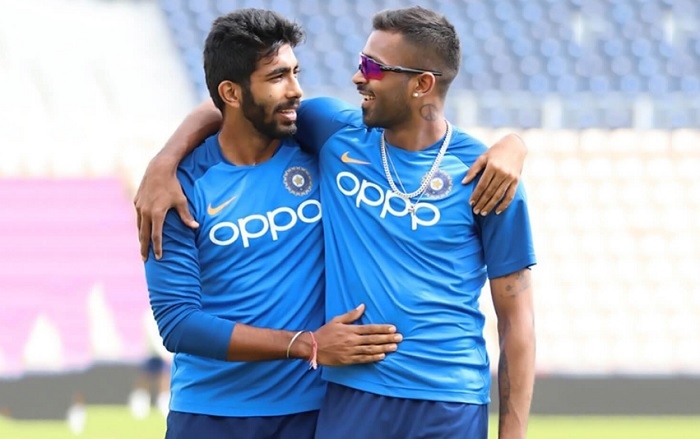 Mumbai, Dec 20: Mumbai Indians might have brought Chris Lynn into the family after Thursday's IPL auction in Kolkata, but Jasprit Bumrah and Hardik Pandya remain two of the most integral members of the MI outfit and coach Mahela Jayawardene has said that both will be fit and in action soon.

"It's good. He (Bumrah) has started training. He was in Vizag (Visakhapatnam) bowling to the guys (Indian players). MI staff is closely monitoring his progress," Jayawardene said at the '7th Pro-Am Golf Championship', a fund-raising event organised by The Golf Foundation.

Commenting on Pandya, he said: "Hardik is (also) making good progress…(I'm) quite happy, hopefully they will play the Sri Lankan series (early January), or may be the Australian series (although) I am not sure how quickly they will be coming through. It depends on the medical staff, but as long as they are playing in January- February, it's fine," he said.

While these players remain the pillars of the MI outfit, Jayawardene said he had seen young players performing well with required backing from the team management. He hoped that 21-year-old Ishan Kishan would have matured well over the past few seasons.

"We've seen bits and pieces of Ishan delivering for us. He's batting out of his position. He is an opening batsman, but has been batting in different positions. Last season, especially in the back-end of the tournament he played some really good innings for us. When we've backed these young players they seem to perform well," he said on Thursday.

The former Sri Lanka skipper said while Lynn was an option at the top of the order for MI, they couldn't forget what South Africa's Quinton de Kock did for them in the last season. De Kock was the highest scorer for MI, and third highest overall in the season, with 529 runs.

"There are all possibilities (of Lynn opening), but at the same time we couldn't forget what De Kock did for us at the top last season," he said.

"These are all options available to us. You never know we might see Lynn batting at a different position and provide us that X-factor," he said after the auction.