MS Dhoni Was Not The First-Choice Pick For CSK Captain In IPL 2008 : S Badrinath 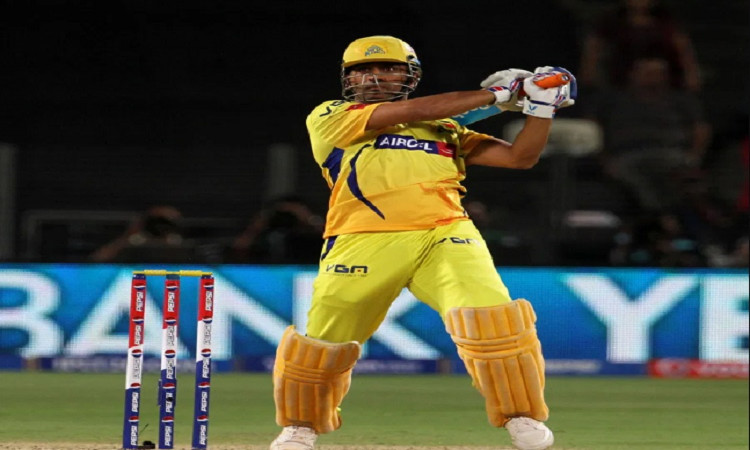 Former Chennai Super Kings batsman S Badrinath has revealed that MS Dhoni was not the first choice as the franchise captain back in 2008. The team management wanted former India batsman Virender Sehwag to lead the CSK.

When the management approached Sehwag, he said that he wanted to play for Delhi. CSK management then looked out for other options and then eventually signed MS Dhoni for INR 6 Crores. India winning the inaugural World Cup 2007 under the leadership of MS Dhoni was one of the major factors why CSK went with him.

Also Read: Aus vs Ind: Adelaide Named As 'Home' Base For Test Series

"IPL started in 2008, and if you see who was the first option for Chennai Super Kings, it was Virender Sehwag. The management had decided on picking Sehwag for sure, but Sehwag himself said that he was brought up in Delhi, so he would have a better connection," S Badrinath said on his YouTube channel.

"The management agreed for him to play in Delhi, thinking it would be better. Then came the auctions, and they saw who was the better player, and before that India won the 2007 World T20. And only then did they decide to sign Dhoni," he further added.

According to S Badrinath, signing MS Dhoni had three advantages for CSK. Firstly, Dhoni was an outstanding captain and one of the best in the world. Secondly, he was a terrific finisher which is important for every T20 team. Thirdly, MS was an excellent wicketkeeper.

"According to me, MS Dhoni coming to CSK was killing three birds with one stone. One, he is one of the best captains the world has ever seen. There is no trophy that he doesn't have. Second, the best finisher. A finisher is a very important part of all the best T20 teams around the world. Even if you see all the good teams today, Mumbai Indians have Pollard, Kolkata Knight Riders have Andre Russell, CSK have MS Dhoni. And third, he is an excellent wicketkeeper. One of the best and safest keepers I have ever seen," S Badrinath said.

Chennai Super Kings will be facing defending champions Mumbai Indians in the opening game of the IPL 2020 on September 19 at Abu Dhabi.